Introduction to Meaning and Uses of Nuummite

Nuummite, the Sorcere’s Stone, draws from the fiery energies of ancient Earth and combines with the elements of Storm. Black as midnight shadows on moonlit water, this talisman shimmers with mystical gold light, lifting the murky to see what lies beneath. It is a stone of personal magic, increasing the frequency of synchronicities and luck, clairvoyance and intuition, and for those evolved enough to work with its intensity, it allows for journeying deep into the personal psyche, offering a clear vision of one’s true Self. It helps to release energies trapped in the subconscious and brings the gift of inner power, healing, and self-mastery. [Simmons, 279][Ahsian, 279][Hall II, 198]

Nuummite is a stone of tremendous grounding, attuned to the elemental forces of Earth that can be drawn upon in times of need. It is an excellent source of energy with a strong electro-magnetic field. It aligns the subtle bodies, strengthens the auric shield, and is fiercely protective against negative energies, manipulations, and environmental pollutants. [Simmons, 279][Hall II, 198-199][Eason, 200][Melody, 435-436]

The oldest mineral on Earth, Nuummite was formed over three billion years ago from volcanic origins. It is a unique combination of Anthophyllite and Gedrite metamorphosed into closely inter-grown crystals of charcoal gray to black with iridescent flashes of gold, though its labradorescent display may include red, orange, yellow, green, silver, blue and violet. It is named for the remote, rugged mountain area north of Nuuk, Greenland, where it was discovered in 1982 and is still painstakingly mined today. Similar rock has been discovered in Canada and the United States, however only the rare Greenland variety has color developed well enough to be suitable for gemstones. [Simmons, 279][www.minershop.com]

Nuummite is also referred to as the Magician’s Stone. Stones with elemental magic should always be taken seriously and used respectfully with right intent, as harmful intent rebounds upon the user. [Hall II, 199]

With its strong access to wild nature energies, Nuummite counteracts modern urban living that may dull the instincts and bring over-reliance on technology. In the workplace, it inspires fast, intuitive reactions without sacrificing logic, and encourages others to consider your skills more valuable. [Eason, 200]

Wear Nuummite for continuous energy in major undertakings and to ward off exhaustion during the day. Hold in the center of the forehead to send a blast of energy down towards your feet and it will bounce up again. [Eason, 200]

Shaped into a wand, Nuummite draws out negative energies, mental imprints or implants from outside sources, and combined with Novaculite can release curses, past-life imperatives and the effects of sorcery and ill-wishing. [Hall II, 198-199]

A masculine stone, Nuummite is a stone of support for fathers, especially single fathers, and assists anyone who wishes to resolve issues with their own father or grandfather. [Eason, 200]

A tumblestone of Nuummite near a source of heat shields the home from natural disasters. It is also good for bringing stability to a new environment. [Eason, 200]

Nuummite is good for drum healing through sound and for drum divination. [Eason, 200]

Nuummite is not only a source of energy for the body it also assists in reducing tension and stress, and allows for a deep sleep. [Gienger, 61][Melody, 437][Hall II, 200]

It is useful in over-all healing and tissue regeneration, and to relieve pain and discomfort associated with headaches and degenerative disease. It may be used to purify the blood and kidneys, and to alleviate infections that are slow to heal or recur. [Melody, 436][Hall II, 200][Eason, 200]

Nuummite may be beneficial in insulin production and regulation, in treating diabetes, low blood sugar and low blood pressure, fainting and dizziness. It has been used to treat tinnitus in the ears, and disorders of the eyes and throat. [Melody, 436][Hall II, 200][Eason, 200][Gienger, 61]

Nuummite stimulates circulation and strengthens the triple-burner meridian. It may assist in the recovery of Parkinson’s disease and in treating disorders of the central nervous system. It is thought to be fortifying for the brain and increasing mental acuity. [Melody, 436][Hall II, 200][Eason, 200]

Nuummite is a stone of empowerment, allowing one to see beyond facades and to understand what lies beneath words and actions, one’s own and that of others. It helps one to delve deep into the psyche to discover the hidden hurts, fears, guilt or shame that lies in the subconscious and holds one back.

Nuummite helps to release those trapped energies and to severe emotional constraints from others’ inappropriate protection or attempted guidance, manipulations or thought ingraining. It cleanses those experiences, and reaches to the core self, reprogramming thought processes where necessary and allowing one to recognize their true abilities and power.

Nuummite teaches honor and respect, for oneself and others, and demands the fulfillment of duties, promises and obligations made to others that are relevant to this life, and to let go of those that are not. [Hall II, 198-199][Gienger, 61][Melody, 436][Simmons, 279]

Nuummite provides a physical and spiritual grounding, via the chakras, to both the Earth and ethereal body. The deep black and gray of this crystal stimulates the Base Chakra, or Root Chakra, located at the base of the spine. It controls the energy for kinesthetic feeling and movement, and is the foundation of physical and spiritual energy for the body. When physically out of balance the symptoms will manifest themselves as lethargy, low levels of activity, low enthusiasm, and a need for constant stimulation. When its spiritual energies are out of balance, you will feel flighty, disconnected from reality, and distant. When the Base Chakra is in balance, the physical body regains its strength and stamina, and the spiritual energy is rekindled in the form of security and sense of one’s own power. It often leads to independence and spontaneous leadership.

The iridescent quality of Nuummite induces a gentle vitality in pursuits of the spiritual realm and has been known to stimulate psychic experiences, clairvoyance and intuition. It is particularly useful in accessing past or alternate lives for the purpose of recognizing past patterns or misuses of power, and to clear karmic debris and restore one’s true nature. [Melody, 436][Ahsian, 280][Hall II, 199]

Nuummite is a powerful stone for shamans who journey the lower world to locate and retrieve a lost soul or child part, and integrate it back into the Self for healing and wholeness. It provides protection from negative energies and sorcery, allowing one to travel in stealth and surety, shielded from sight. Nuummite set in silver and combined with Tugtupite is highly beneficial in ritual work. [Ahsian, 279][Hall II, 198-199]

Nuummite’s black ray of influence deepens our connection to the physical, natural world. It brings power and strength, relieving fears specifically associated with the physical existence here on Earth. Black Nuummite offers protection and a retreat, the safety of being hidden from your enemies.

Nuummite is a powerful meditative tool for self-discovery. It often facilitates journeys into the ancient, pre-human past, directly to the time of creation, and allows the accessing of past or alternate lives in order to learn about one’s true self. Nuummite may also be used as a gazing stone, aiding one in moving between altered states of consciousness. [Ahsian, 279-280][Simmons, 279]

The Divinatory meaning of Nuummite: Listen to your inner self. [Eason, 200]

Nuummite and the Angelic Realm

If your birthday falls in any of the following periods, a Nuummite can be a valuable conduit to your Guardian Angel. The table also provides the name of the Guardian Angel of those born in the time period.

There are other Angels that are partial to Nuummite. The table below gives you the information about them.

Black crystals honor Manat, the Arabian Goddess of Time, Destiny and Death. She is a powerful sorceress that rules the mysteries of witchcraft, divination, life, and death, but also brings a world filled with magic, wisdom and protection.

Black crystals honor Cybele, the Roman Earth Mother and Goddess of Wild Animals. She was originally Phrygian, the Goddess of Caverns because they are dark and hidden. She embodies the fertile Earth. Her festival is the first on the Roman calendar, the Festival of Joy.

Nuummite is not a traditional birthstone.

Nuummite is not a natural birthstone.

Nuummite is not associated with any sign of the Zodiac.

Nuummite is the Sorceror’s Stone. It is also a Dispeller Harmonizer talisman. Dispeller crystal lattices act like a radiator with sharp points from which energy can flow easily outward, carrying with it the undesirable elements in our life. They are helpful talismans to relieve the everyday concerns of our physical, mental and spiritual problems. Dispellers are also known as Restorers. They put things right again after they are out of balance.

Nuummite utilizes Water energy, the energy of stillness, quiet strength, and purification. It embodies potentialities unrealized. It is yielding, formless, yet powerful. The Water element brings power of regeneration and rebirth. It is the energy of the circle of life. Use turquoise crystals to enhance any space that you use for repose, calm reflection, or prayer. Water energy is traditionally associated with the North area of a home or room. It is associated with the Career and Life Path area, its flowing energy assuring a balance of energy as your life unfolds and flows.

Nuummite in Ancient Lore and Legend

No ancient legends about Nuummite. It was discovered in 1982. 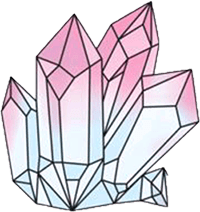