Welcome to the Crystal Encyclopedia minor entry page for Aragonite. Here you will learn everything that we have discovered so far about this crystal, including what is Aragonite, how they were formed, and its metaphysical properties. We will update this crystal guide as we discover new information. 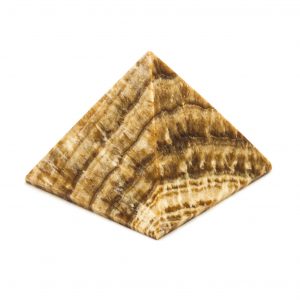 Aragonite is essentially calcite but just with a different crystalline structure.

It is the main component of many organic substances, such as pearl and coral. The iridescent surface of Pearl and mother-of-pearl and the lining of the abalone shell are actually layers of Aragonite secreted by mollusks and related invertebrates.

Aragonite, pronounced uh-RAG-oh-nite, is also known as tufa and tchazar crystal. It is named for the Aragon River, where it was first discovered in 1788 in 1788, is what the mineral is named after.

It can be found in various colors: Colorless, white, gray, yellow, green, blue-green, lavender, reddish, and brown. It is a soft mineral with a hardness of 3.5 - 4. It is unsuitable for faceting but very easily shaped into cabochons for setting in pendants and necklaces It is rather unsuitable for rings, being easily damaged.

The most common form that people are familiar with is called Sputniks; due to its design, it was named after the Soviet satellite launched in 1957.

How is Aragonite formed?

Many organic compounds, including coral and pearls, are primarily composed of Aragonite. It is formed by biological and physical processes, including precipitation from marine and freshwater environments. 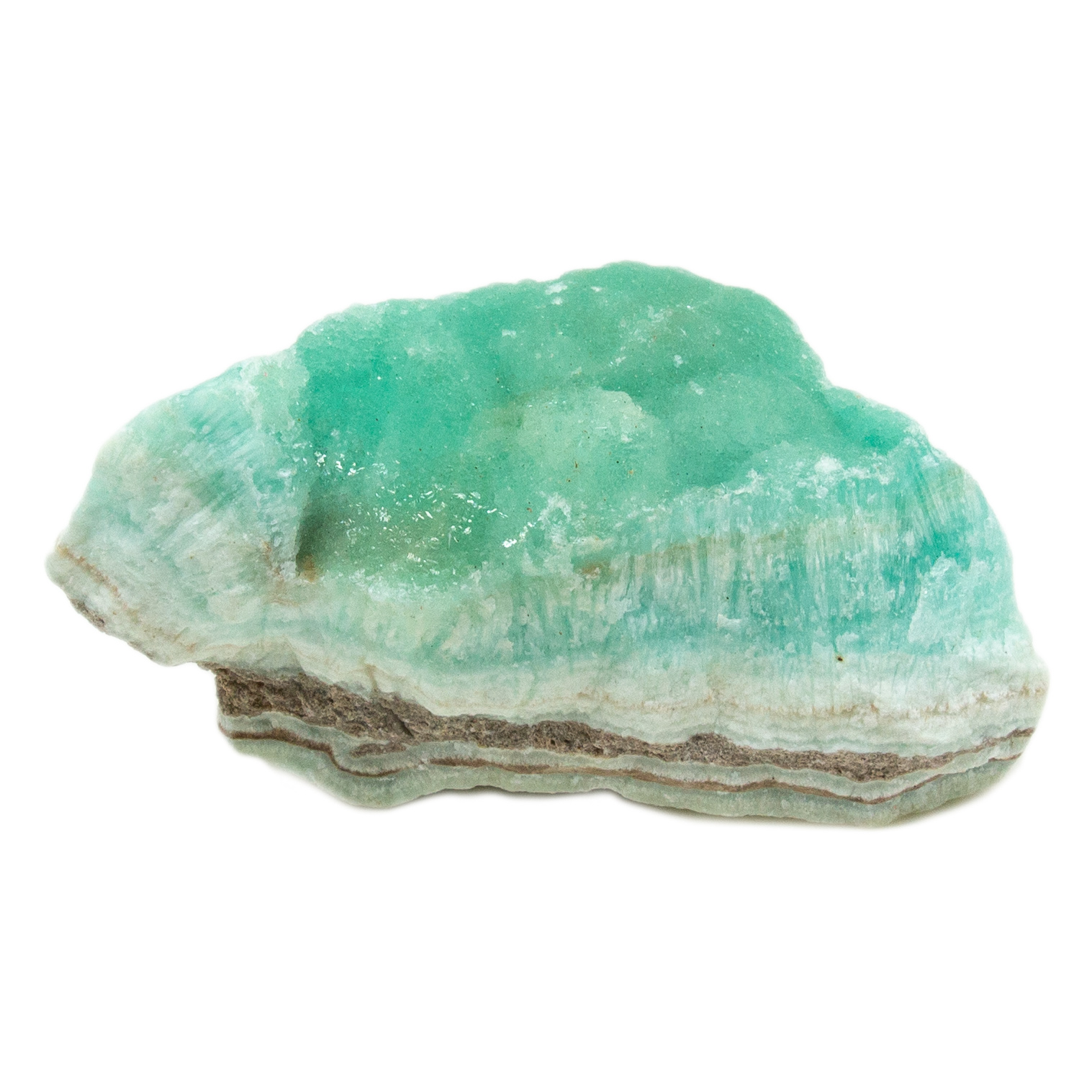 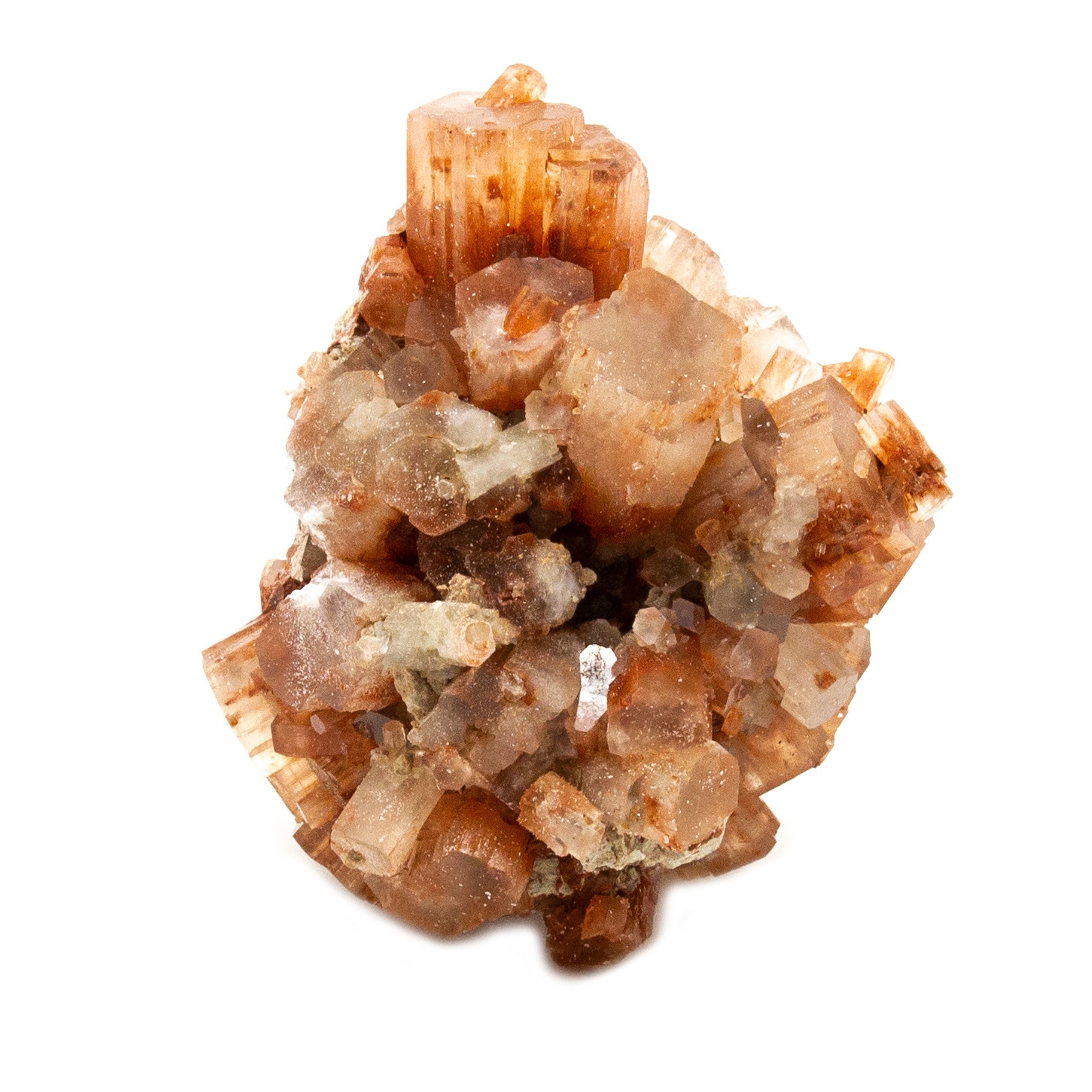 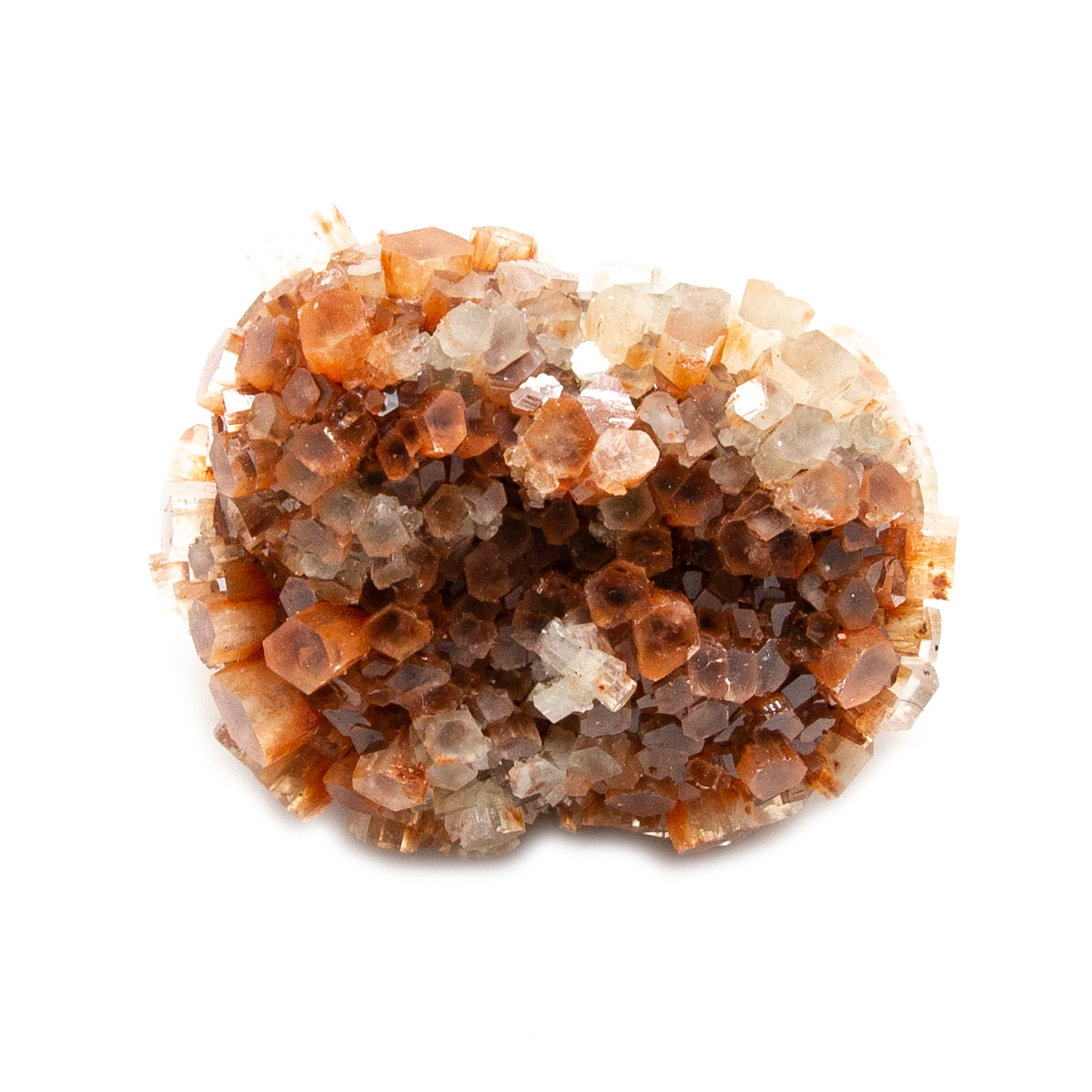 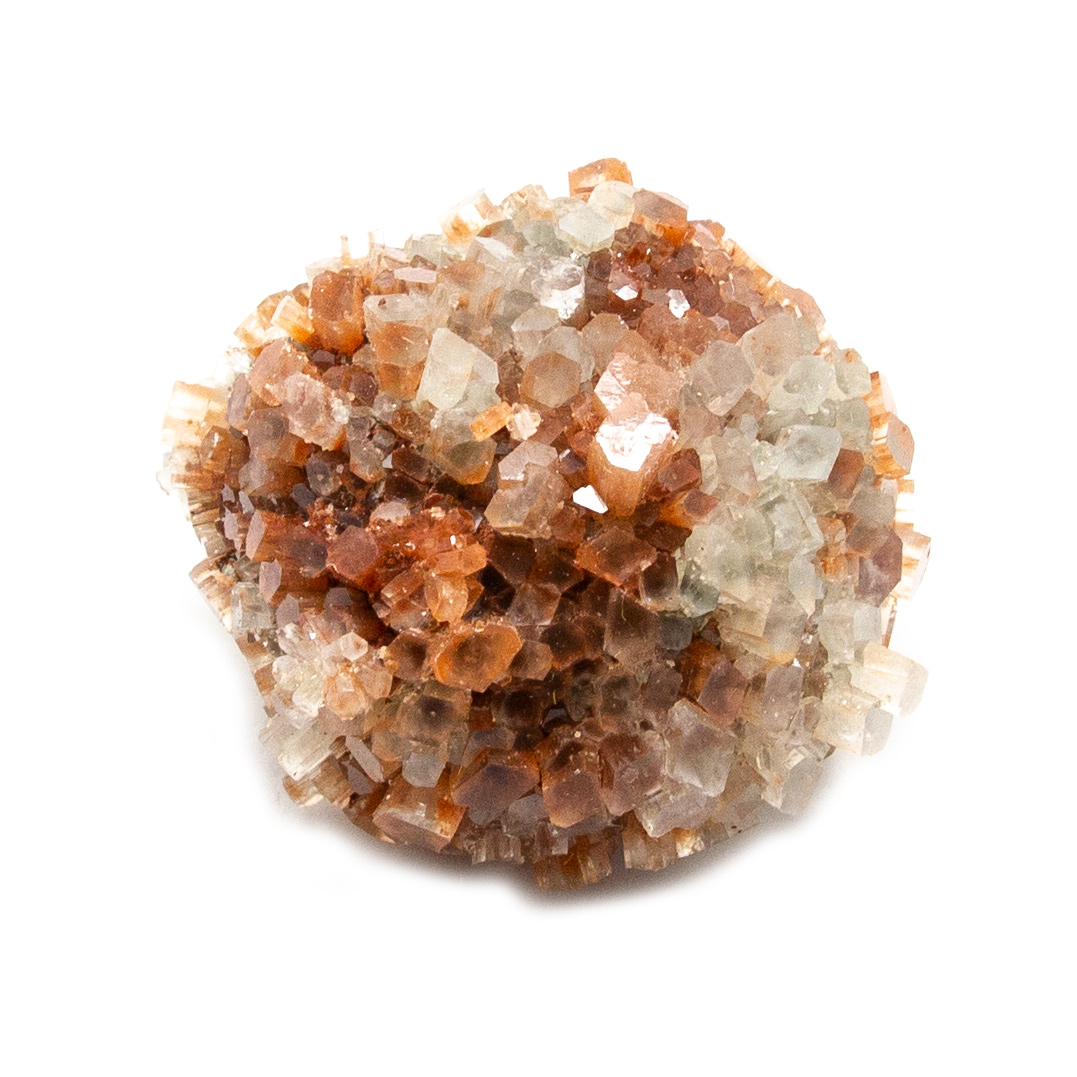 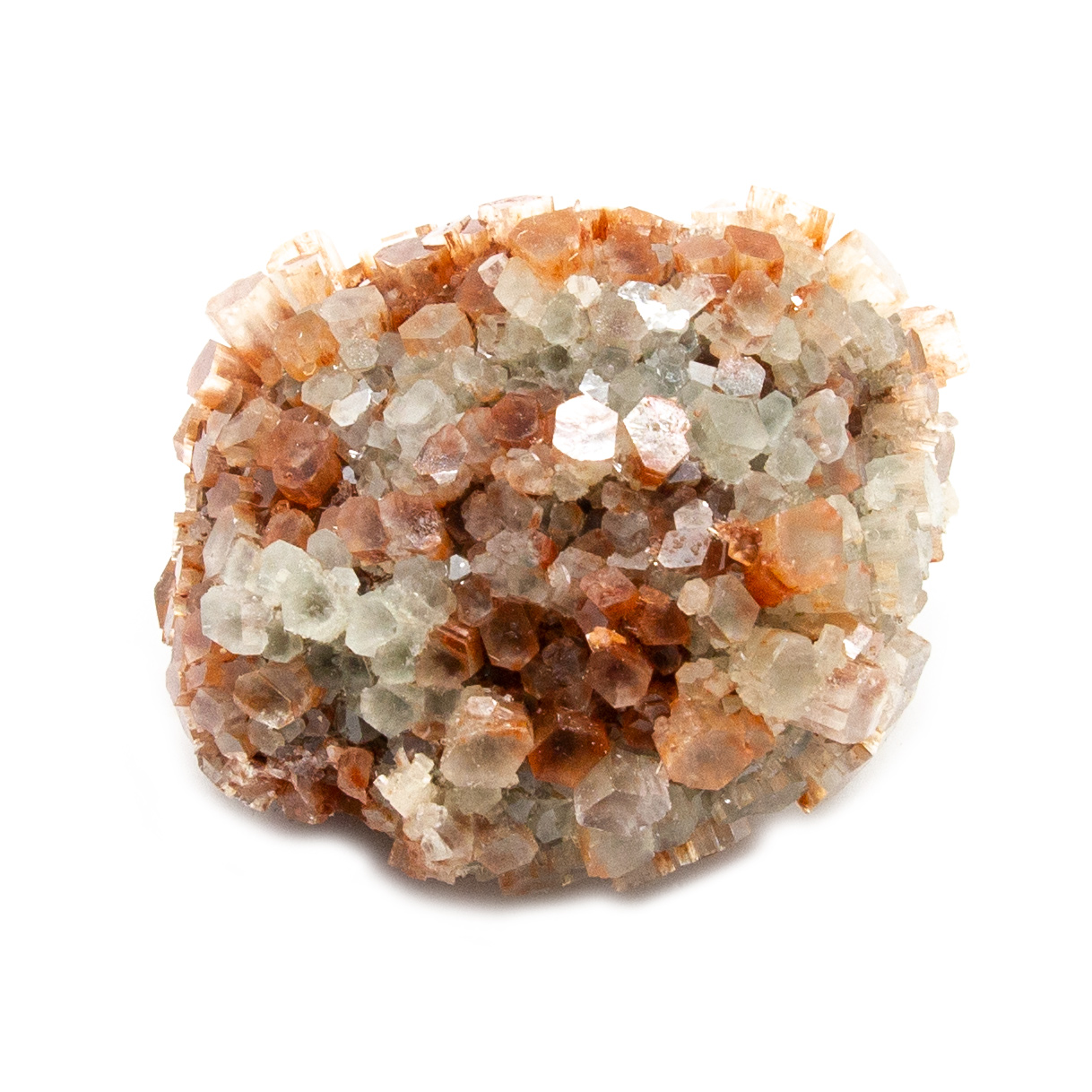 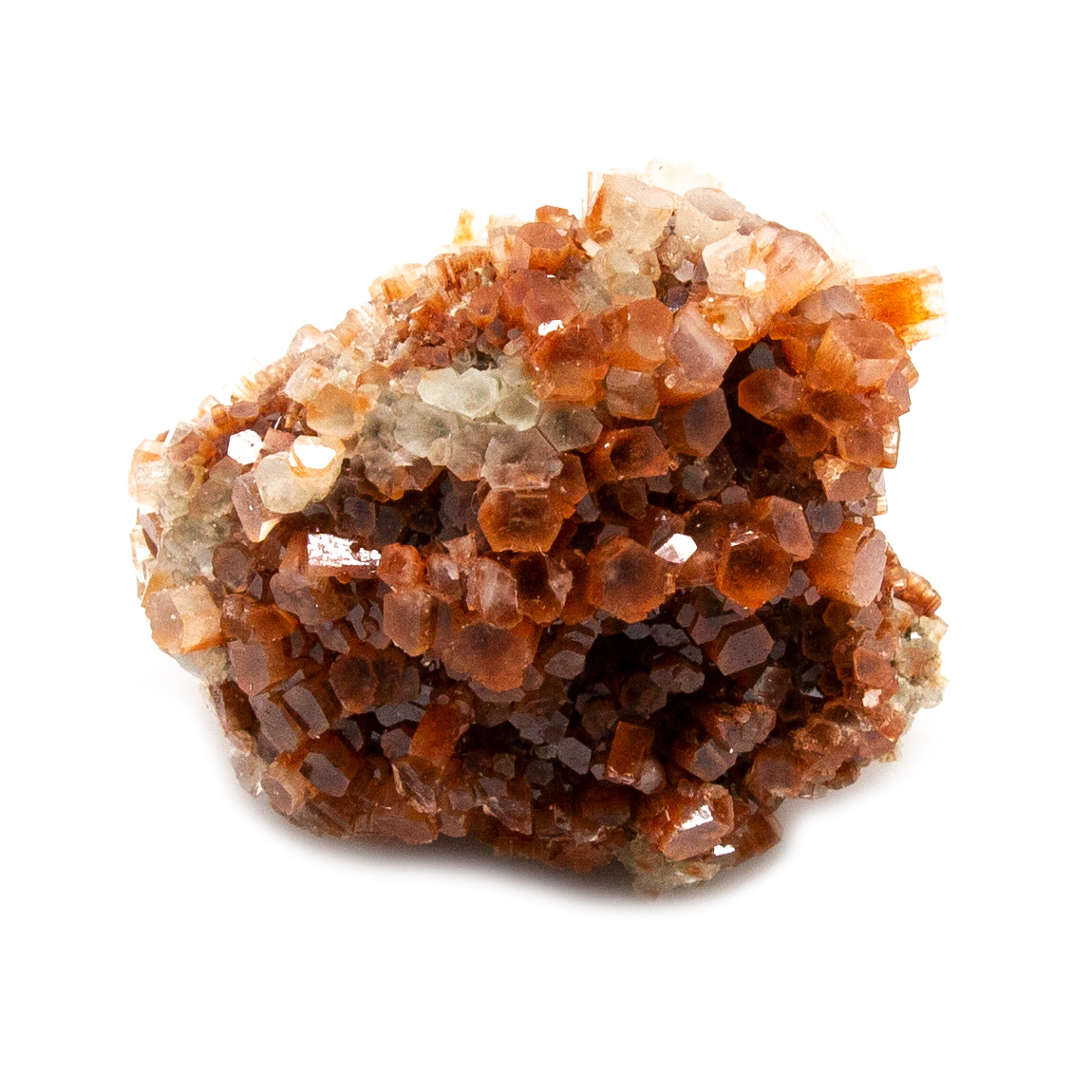 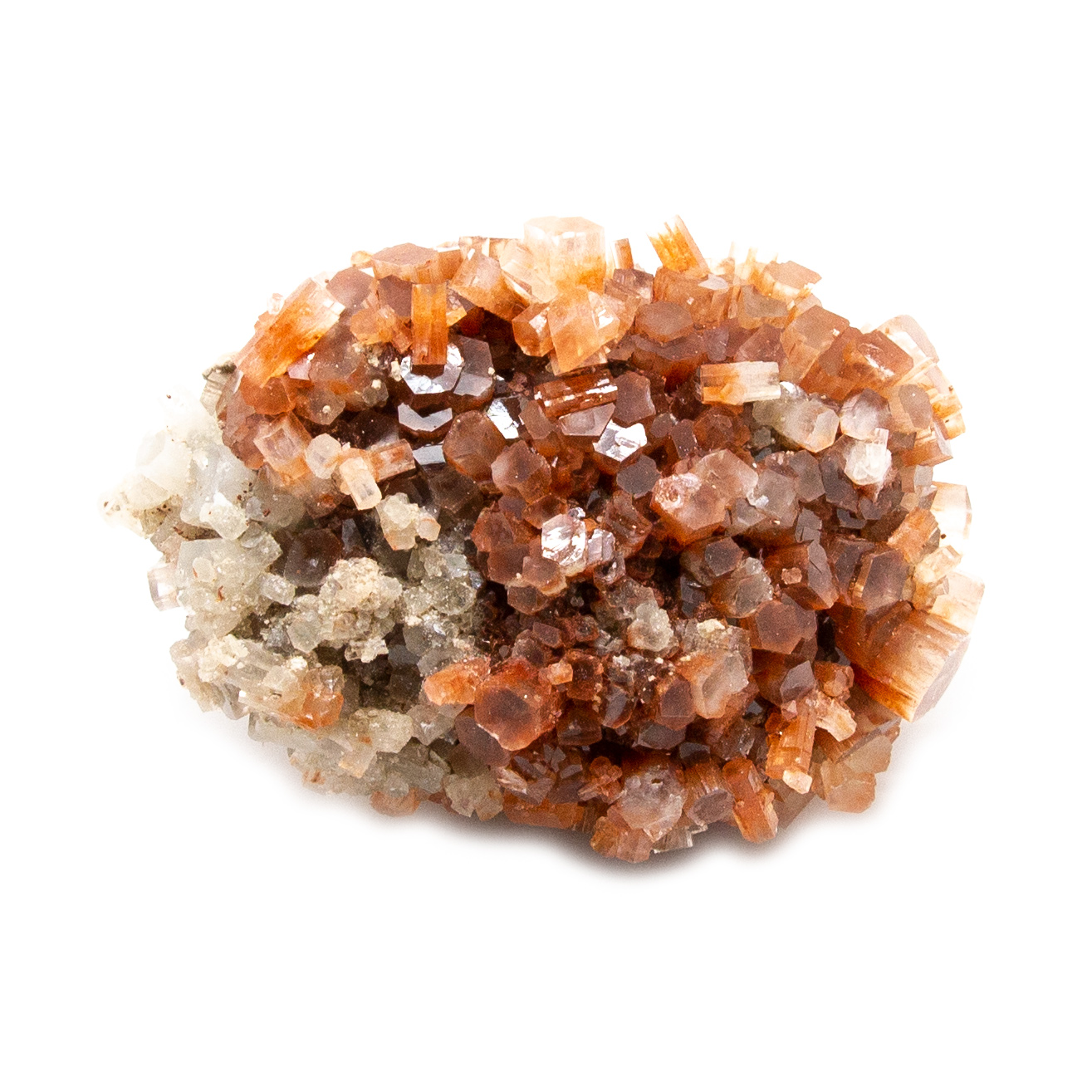 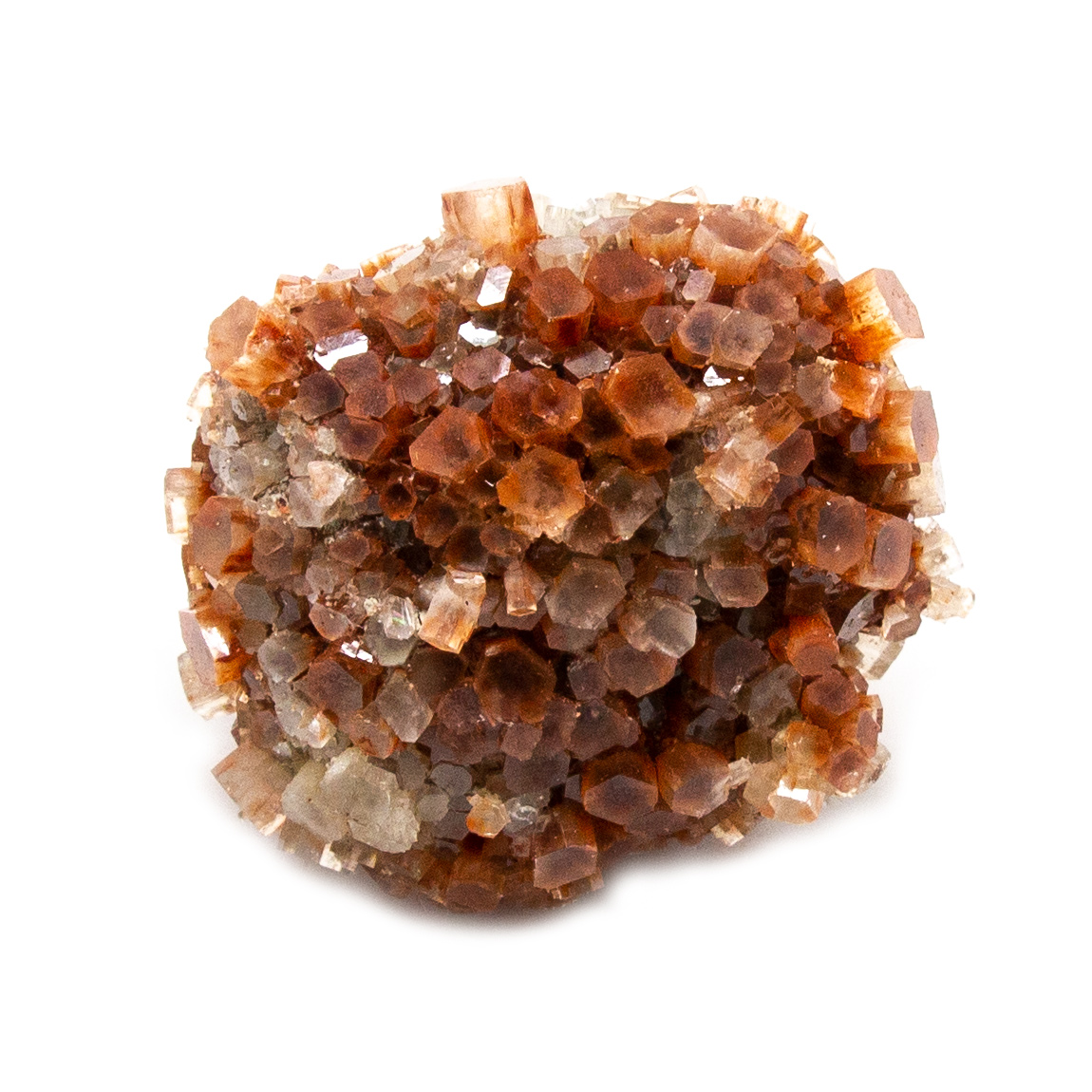 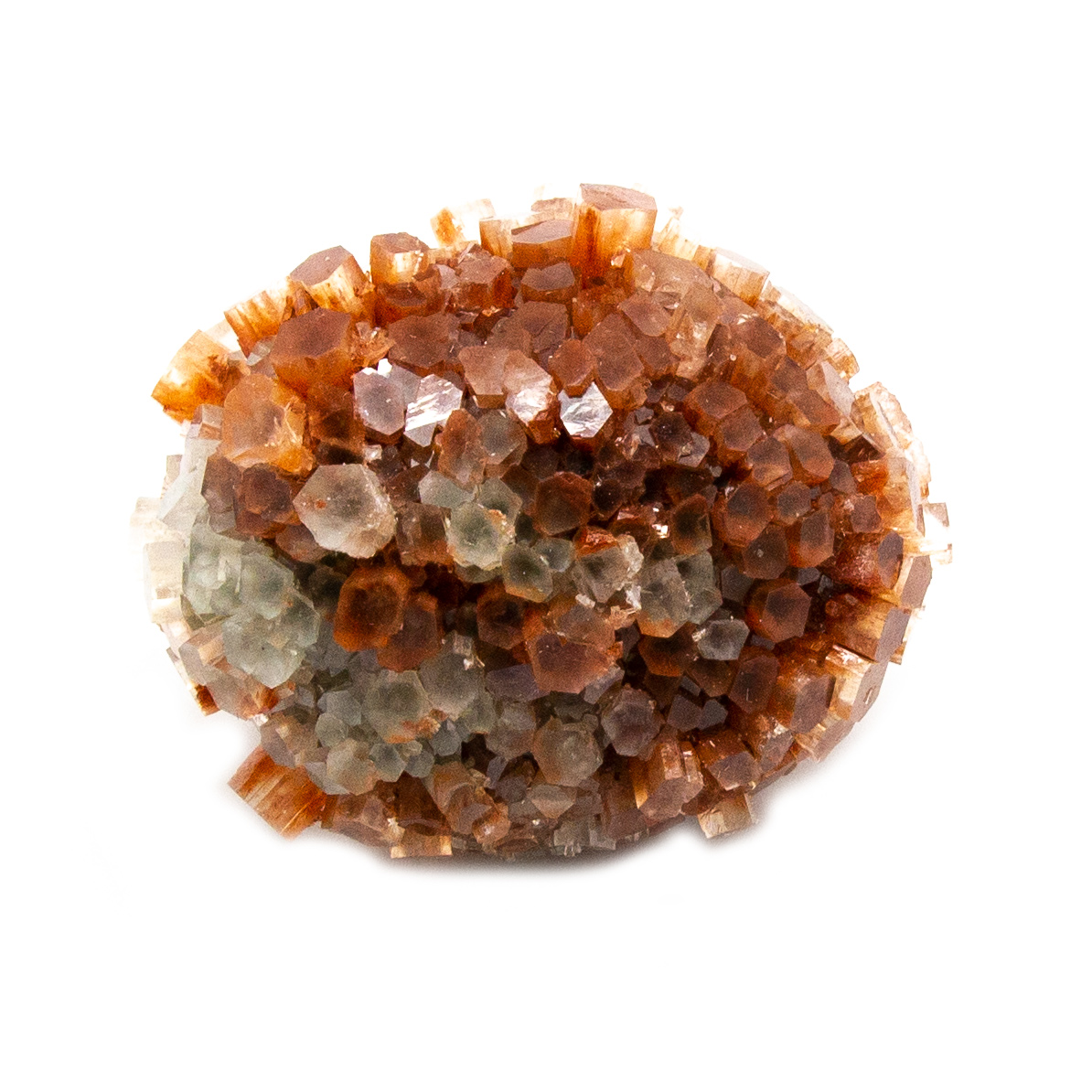 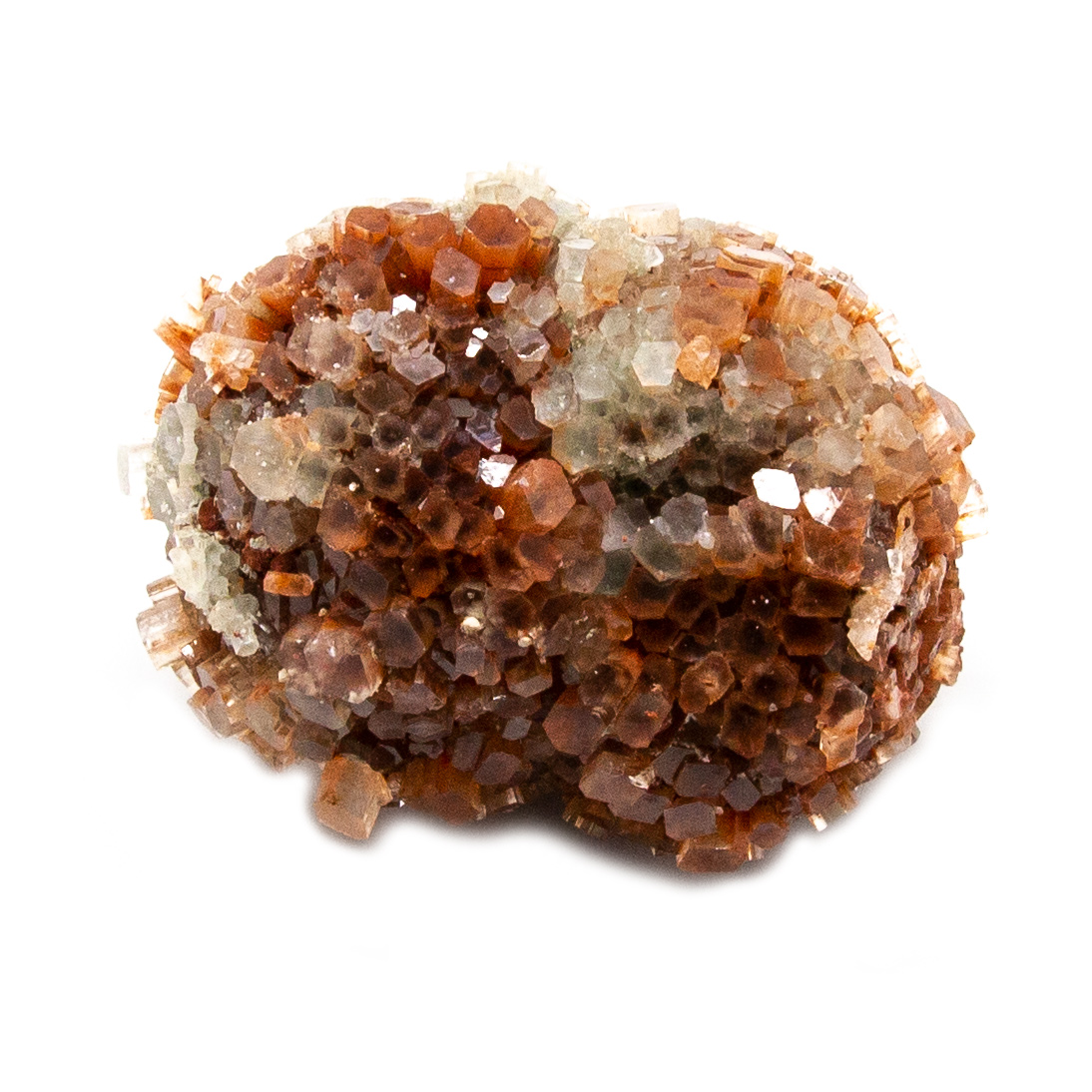 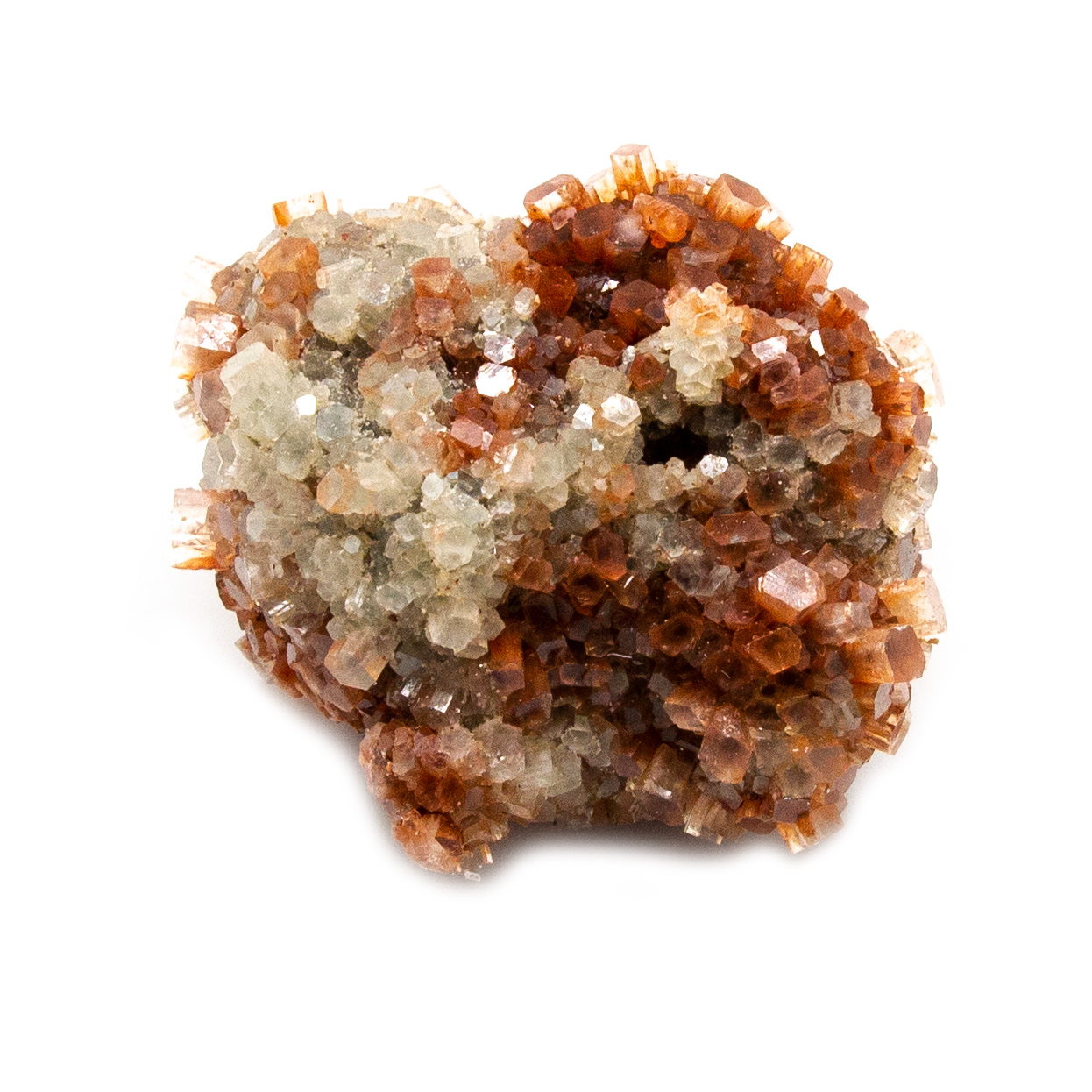 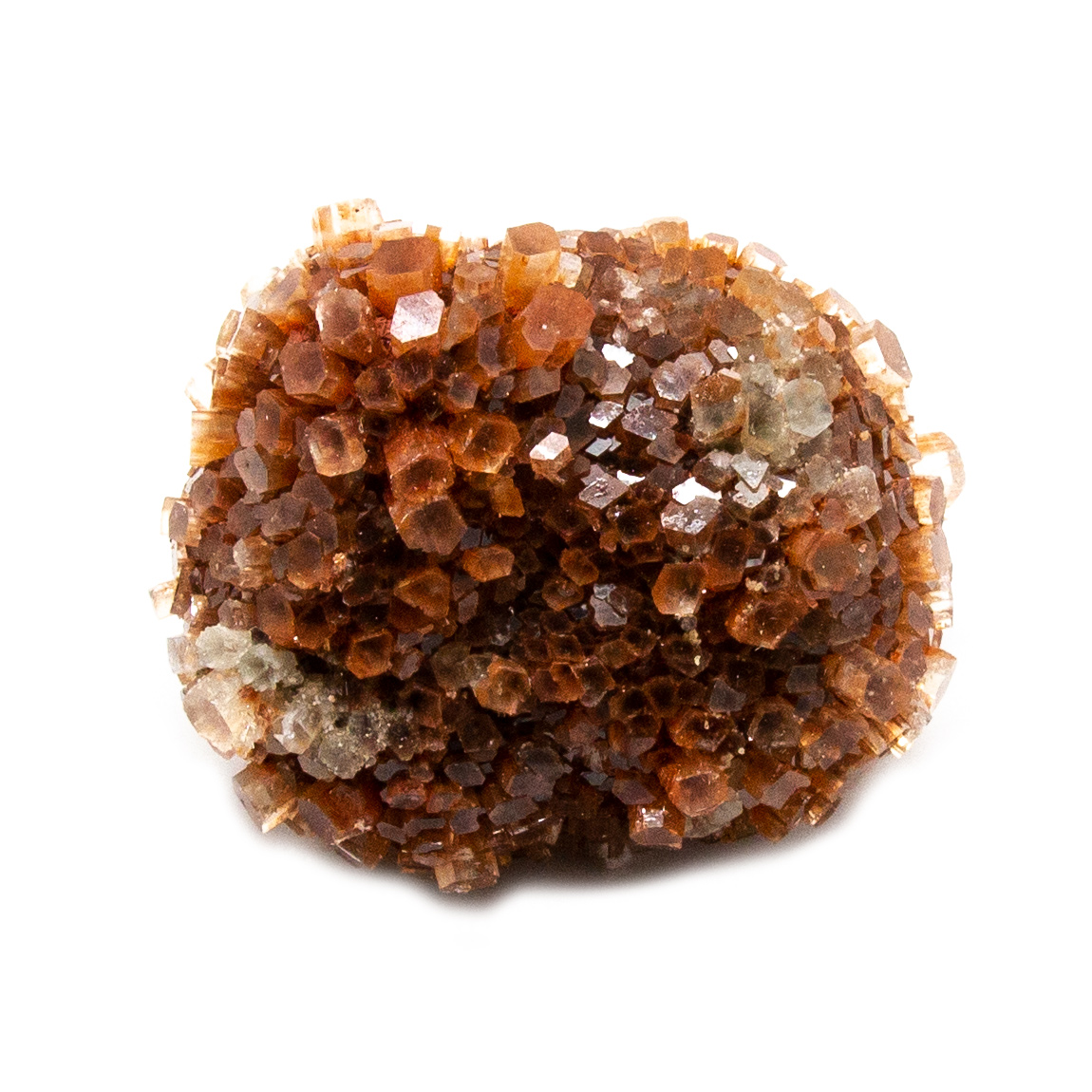 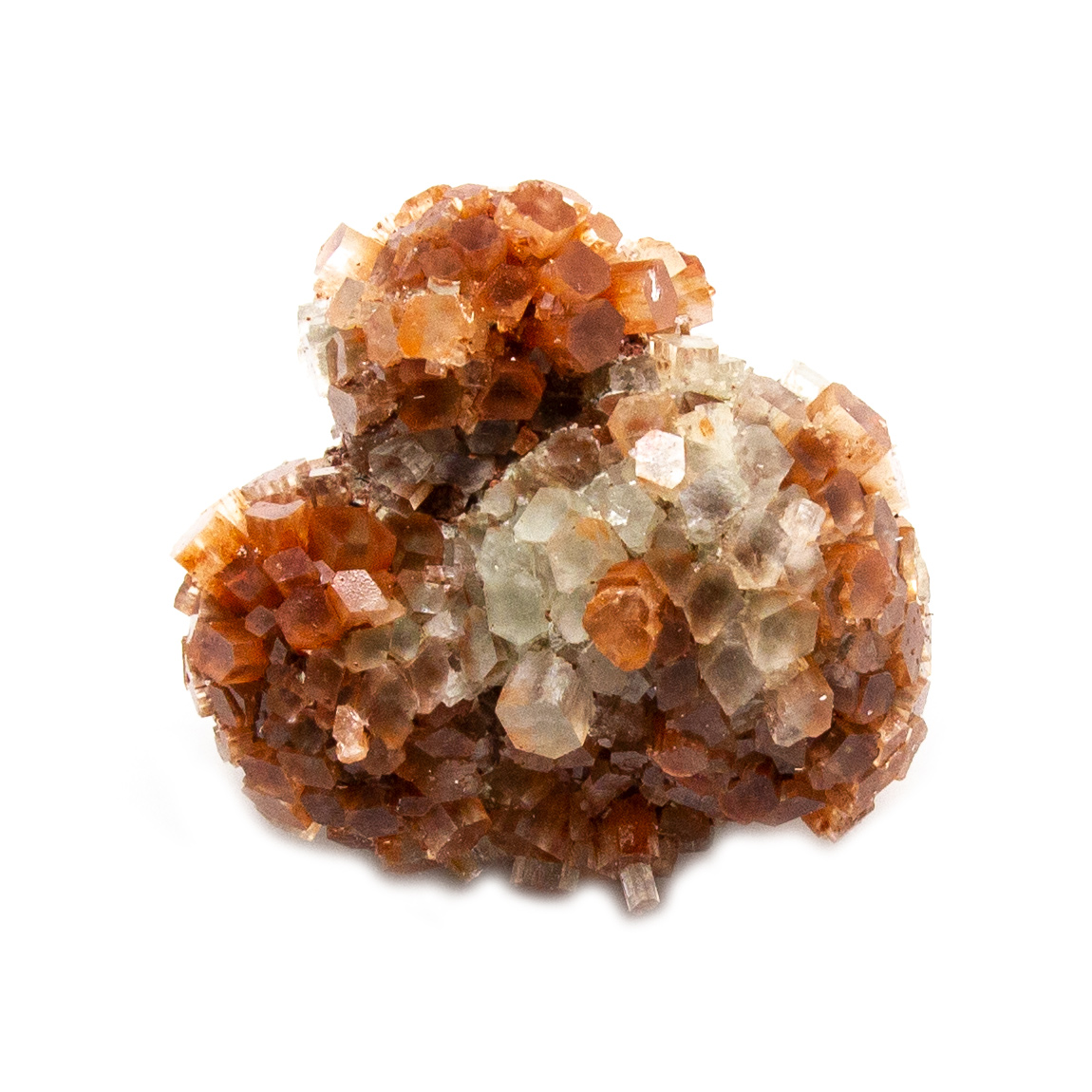 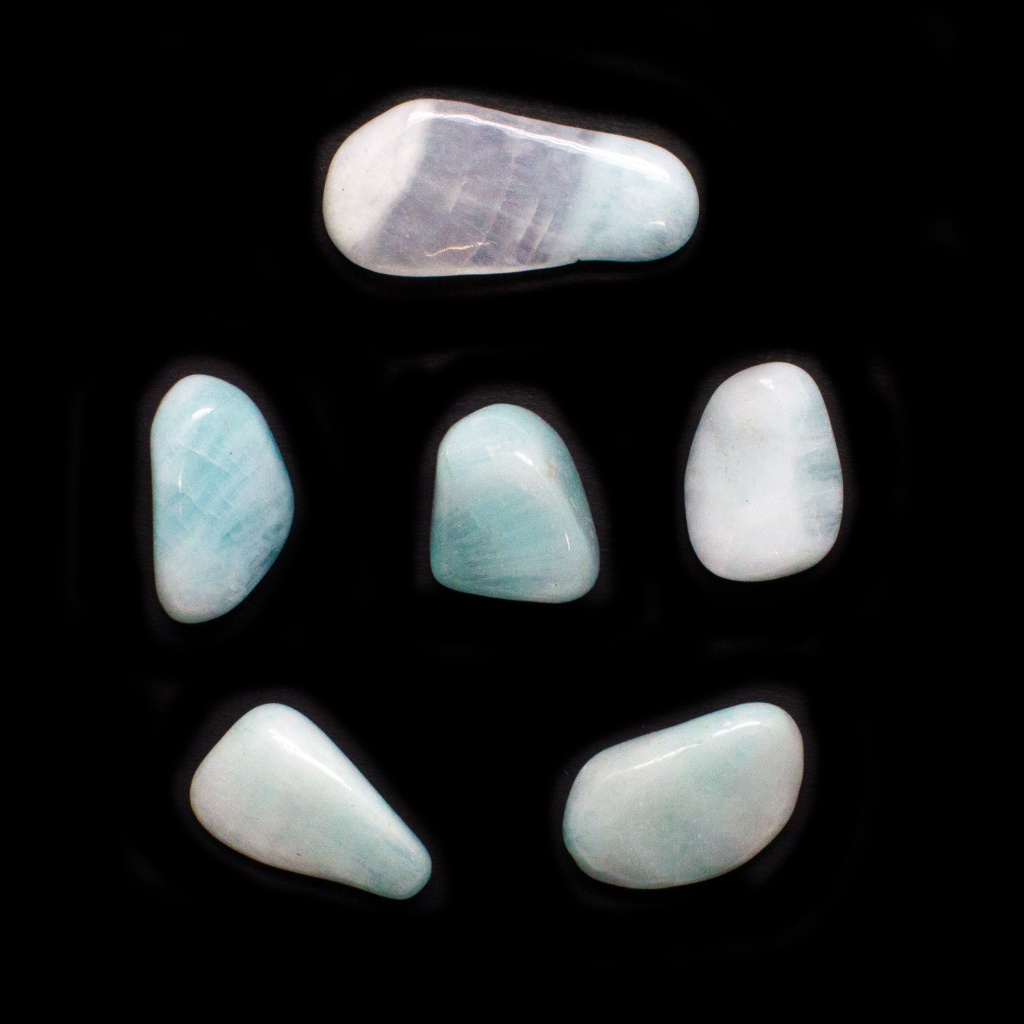 What is Aragonite's Metaphysical Properties?

Aragonite is a Dispeller Builder crystal. Dispellers are crystals that form in the orthorhombic crystal system. They are very helpful talismans for mental and spiritual problems. All of us have problems. Some are physical, some spiritual. Certainly, our lives would be more enjoyable and productive if we could rid ourselves of them. Worry, anxiety, fear, and doubt can literally cripple us and make our lives miserable. When crystals are carbonates, they have the earth energy of Builders. These crystals, like Aragonite, are excellent in applications in which something new needs to be made from something old. Woodworkers, stone workers, artists, painters, and others involved in the creative arts benefit from this type of crystal. 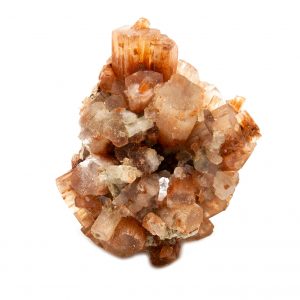 Aragonite is used in mediation to enhance insight and assist in communications with Higher sources of information and intelligence. It sensitizes a person to their spiritual capabilities. It enhances inner vision and allows for smooth communications with the Spirit world. It also calms anger and stress before a formal meditation effort.

In the Book of Stones, Robert Simmons reports that Aragonite is excellent for improving your intuition and psychic abilities. He notes it is an excellent stabilizing influence. Naisha Ahsian tells us it is used in supporting the practice of breath work for emotional healing. In “Love Is In The Earth, " Melody notes that Aragonite is excellent for improving your patience and maintaining a state of calm during periods of increased responsibility and stress.

How to use Aragonite?

Aragonite, as an Earth Energy stone, is often paired with strong Water Energy stones such as Blue Lace Agate and Blue Aventurine for the solstice and equinox rituals. Aragonite is associated with the Angel Ananchel, the Angel of Grace, in rituals and amulets to dispel anger, resentment, and discord. Aragonite works well with the herbs Arrowroot, the herb of smooth relationships, and Roman Chamomile, the herb of Internal Stillness.

Simple rituals with brown candles, dressed with these herbs conducted near a stream or river, can effectively wash away bitterness, mistrust, misunderstandings, strained relationships, and unwanted hurts and jealousies.

Where is Aragonite found?

It is found both in organic deposits such as pearls and mother of pearl and in caves and areas near where warm waters existed.

How is Aragonite formed?

It is formed by biological and physical processes, including precipitation from marine and freshwater environments.

Can Aragonite go in water?

No, it will dissolve.

Can Aragonite be left in the sun?

Generally, it is sun-safe, but prolonged exposure may cause cracking.

On the Mohs Hardness Scale, Aragonite range from 3.5 - 4.

How to use Aragonite?

Use these in simple ceremonies to dispel the feeling you wish to be rid of. Place several near a simple brown candle, write the feelings on a small piece of paper and place the paper beneath the stones for a few minutes. Then light the candle and seek the earth's energy to swallow up the feelings.

They are orthorhombic crystals in a variety of colors. They are often twinned.

What healing properties does Aragonite have? 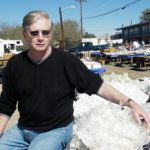 Hank Mason is the founder and chief author of Crystal Vaults. He is a retired USAF rescue helicopter pilot and a GIA Graduate Gemologist. Hank is also the author of The Seven Secrets of Crystal Talismans and Crystal Grids, How to Combine and Focus Crystal Energies to Enhance Your Life.