Legends tell us that the Lemurian people had to leave Lemuria in ancient times because  that continent  was slowly sinking into the sea. The bulk of the inhabitants are believed to have moved to a distant star system, but not all of them.

Some of the Lemurians are reported to have a secret underground city deep in Mt Shasta. The book, “A Dweller on Two Planets” claims that survivors from a sunken continent called Lemuria are living in Mount Shasta. In the book, Lemurians lived in a series of complex tunnels beneath the mountain.

We are all familiar with Lemurian Seed Crystals in which the race of Lemurians is reported to have encoded their knowledge for us. These are found mostly in South America now. But there seems to be more to the story.

You may also know that Pumice is a stone formed in volcanos like Mt Shasta. It seems that the Lemurians deep within Mt Shasta may be using Pumice to encode their dreams of ancient Lemuria. What we believe may be Lemurian Dream Crystals are the very very light pumice found on Mt Shasta that have come from deep in the mountain. Dreams are very ephemeral as are these crystals.

In our exploration of these crystals we have used a pair. One on each side of our bed. We focus before sleep on wondering what ancient Lemuria might have been like. The dreams we receive are mostly about gardens and flowers we have never seen before.  At times the Crystal Vaults carries these Lemurian Dream Crystals. 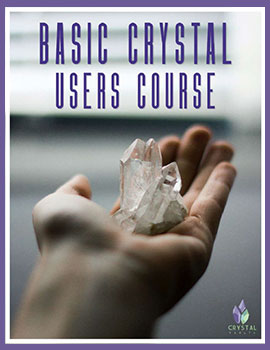 Welcome to the NEW CRYSTAL VAULTS!

If you are a returning visitor to crystalvaults.com you’ll want to be sure to clear your browser cache.  If you’re not sure how, check this link and select the browser you are using.

If this is your first time here, welcome!

Congratulations, you are Crystal VIP! Check your inbox to confirm your subscription.