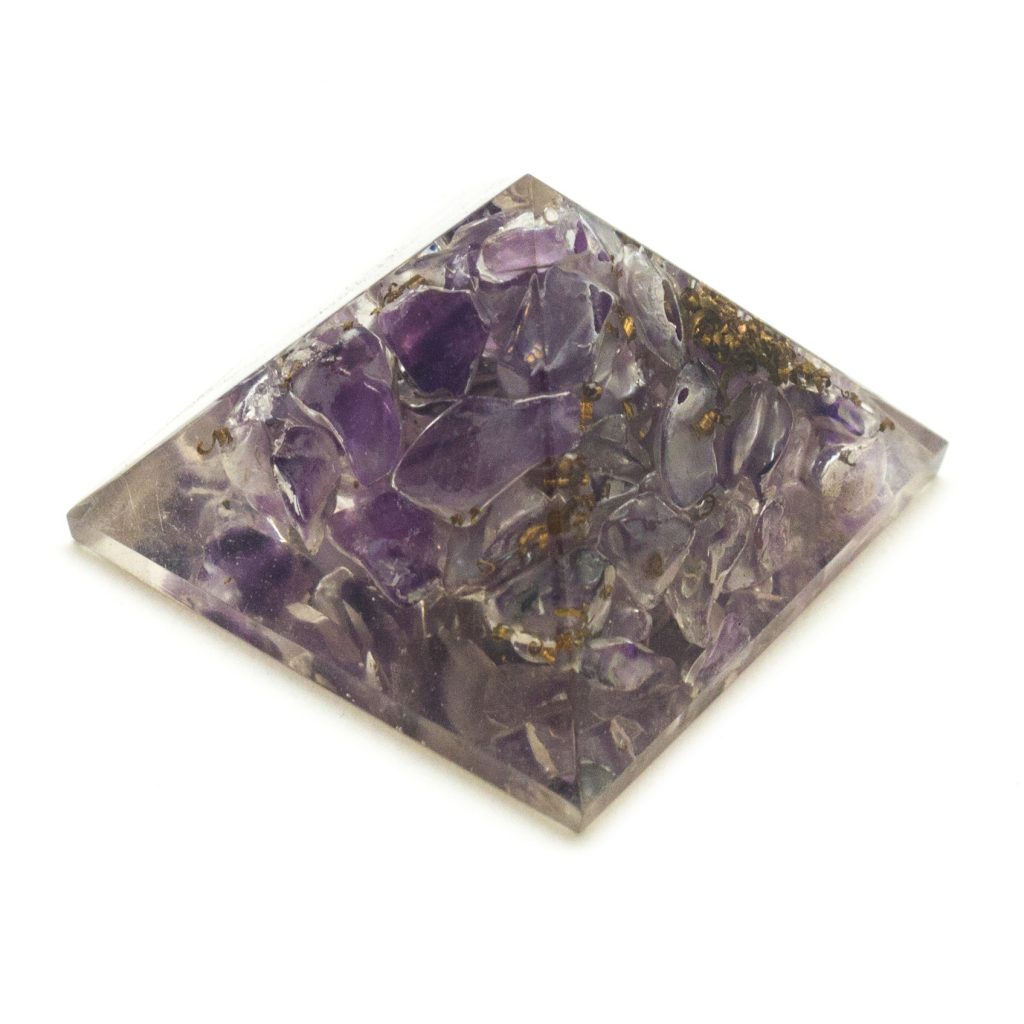 Advancing the science once again with Orgone-V

Some call it Prana.  Some call it Chi. Others use the term “Universal Life Force.”  Dr. Reich called it Orgone.  Whatever your name for it, this force is the underlying energy of life in this universe.

We feel it in a sun-filled meadow.  We miss it in a dingy cave.  We find it in laughter; we lose it in anguish.  It heals, mellows, encourages, grows, and satisfies our hungers – for life, for energy, for meaning, and for tomorrow.  It is life.  It is hope, it is God’s blessing, it is the fundamental force of the Universe.  We thrive on it.

Our Feng Shui Guide focuses on using crystals in assuring the free flow of this force in our lives and surroundings.

This Orgone guide focuses on using crystals in the process of accumulating and radiating Orgone energy where and when it is needed.

Orgone is a term given by Dr. Wilhelm Reich, a researcher who, in the 1930s, used the term to describe the etheric life force of this existence. Orgone energy is, most simply, the energy of life. Dr. Reich found that its effects are dampened by negative energies often generated by electromagnetic radiation and other hazards of modern life.  His experiments taught him that Orgone could be collected and radiated to neutralize negative energy found in a wide variety of situations.  He discovered that an Orgone generator could be made by alternating layers of organic and inorganic materials particularly hydrocarbon-based  fiberglass alternated with layers of steel wool.  He made life-size Orgone Accumulators in which to treat patients for a variety of ills.

To this day, the teachings of Dr Reich are held and studied by several Orgonomy study institutes. including the American College of Orgonomy (A.C.O.), based in Princeton, New Jersey. The A.C.O. is composed mostly of psychiatrists who use Reich’s method of psychotherapy, which is called “Orgone Therapy.”

The website,  www.orogonite.info tells us that aound the year 2000, a couple named Don and Carol Croft found that mixing organic fiberglass resin with inorganic metal shavings would produce a substance which would attract etheric energy similarly to Reich’s accumulators. Their accumulators were much smaller than those of Dr. Reich.  Their work led to their products that they call Orgonite.  Their work, they beiieve, advanced  the research of Dr. Reich, andd opened a wider market to the Orgone technology. They further refined their products to bring the energy of clear quartz into their accumulators. Today, most of the Orgone products in the market are applications of the work of the Crofts.  In their words. “Thus orgonite represents a very significant improvement over Reich’s early work with orgone accumulators, since Reich’s “oracs” attract deadly orgone energy as well as positive and do nothing to transmute it into a purely beneficial form, which orgonite does inherently and continuously.”

The Orogonite generators are reported to have effects very similar to negative ion generators.  Negative ions are odorless, tasteless, and invisible molecules that we inhale in abundance in certain environments. Think mountains, waterfalls, and beaches. Once they reach our bloodstream, negative ions are believed to produce biochemical reactions that increase levels of the mood chemical serotonin, helping to alleviate depression, relieve stress, and boost our daytime energy.

There has been on-going speculation on how best to add crystals and minerals to increase the efficacy of the accumulators. Up until recently the results have been mixed at best.  The methodology of trial and error has produced successes, but the science has not been clear.  That has now changed.

The answers have come from an ancient wisdom and a modern invention.  In the ancient wisdom of Feng Shui we learn of the principle of the five elements: Wood, Fire, Earth, Metal and Water.

These Feng Shui elements interact between themselves in certain ways, generally defined as the Productive and Destructive cycles. These cycles augment the Orgone accumulation and conversion cycles in a generator.

In addition, from the world of modern science, particularly from inventions such as the scanning electron microscope, we learn that crystals have specific energy lattices with natural metaphysical applications based on their specific molecular arrangements.

Combining the knowledge of Feng Shui and modern science now allows us to further optimize the efficacy of Orgone generation.

The research shows us we need the interaction of all five elements to maximize the efficiency of an Orgone generator.  Those of Dr. Reich had essentially only two of the elements – metal and wood.  The addition of quartz crystals by the Crofts added a third element – earth energy.  Applying the principles of Feng Shui pointed us to adding the remaining two elements to our accumulators – fire and water.

First we now know we need to modify the basic list of components to add both those of fire energy and water energy.  The traditional orgone generators have metal, wood and earth energy in their metal shavings, resin, and quartz.

Fire energy can be added to Orgone generators quite easily.  We have found two simple but effective methods.

The first is to add some amount of red to each generator.  It can be a red stone, red sand, red wood, or some other element with the red ray of fire energy.

A second method is to charge each generator with the fire of the sun.  A few hours in a sunny window seems to be sufficient for most small handheld Orgone generators to work for several days.

Next, water energy must be included.  Again, there are simple ways to do so.  The easiest is to simply add water to several of the layers.  Encapsulating the water in some manner is also effective.  Have the water encapsulated in a moving bubble within the generator is an excellent way to being that water energy to a generator. (In advanced designs, water-based elixirs of specific plant, crystal, or atmosphere can be used.

With all five elements present, it is now possible to tune the generator to a  specific need.  Selecting the crystals to be included as the Earth elements in the generator does this.

We now know how to add specific minerals and crystals to a traditional Orgone generator to direct, amplify, and assist in transforming the energies that the basic alternating layers of resin and metal are consistently collecting and absorbing. Here at the Crystal Vaults we apply the understandings gained through the research of Henry Mason, found in the book, “Seven Secrets of Crystal Talismans.”  The book reveals the metaphysical energies of crystals based on their crystal structure, their earth energies, and their color rays of influence.  That research allows for very exact tailoring of crystal energies within the Orgone generator, essentially tuning it to specific needs and desires. By applying the knowledge of the metaphysical and healing potentials of crystals based on their crystal lattices, chemical earth energies, and colors, we can build Orgone generators for specific desired purposes.  We are no longer depending on trial and error.

Thus, in the new Orgone-V Generator technology, the basic ingredients of an Orgone generator remain the same: a 50-50 ratio of inorganic substance to organic substance. These two substances are still fiberglass resin/epoxy, which contains some natural organic acids, and metallic objects to act as a non-organic material. The basic construction still serves the same purpose: to collect, retain, transform, direct, and emit various positive, beneficial etheric life energies. Next elements of fire energy and water energy are added.  Finally specific crystals bringing earth energy are added based on their metaphysical energy matrices, chemical composition and color.

Going further, basic formulas can be further enhanced with “trace ingredients” like oils, herbs, specifically tuned intentions, and feelings.  Orgone generators are personal devices, and the designer/artist has an extensive pallet to draw upon.

When and Orgone-V device is correctly made, it use will usually result in a slowly developing but growing effect. Devices such as small pyramids, cones, and other “desktop” items serve to cleanse a particular field from negative energy within a few hours. Personal devices such as pendants can serve as personal talismans and amulets.  These devices have a slower effect, but the subtle energies are still noticeable within a day or so of use.

The main use of Orgone-V generators harkens back to the original uses of Dr Reich, neutralizing negative energy.  By placing standing structures of Orgone-V in your home, you literally shield your surroundings from harmful negative energy radiation. Items such as Orgone-V charging plates, pyramids, and cones will allow you to transform harmful negativity released by electronic items throughout your home and release positive life-beneficial energy back into your living space.

Should you choose to construct your own generators, we hope this guide points you towards success.  If you are seeking a professionally designed and constructed Orgone Generator, we have many for you to choose from built by hand here at EarthSong Studios.  Should you need a specific one, drop us a line, we are here to help.

Like all of our guides, we are offering information from many sources that allow you to consider all uses people find for crystals.  Like a religious supply store, we cater to those of all beliefs.  A religious supply store would provide you with a Bible or with a text on Buddhism. So too, do we provide you information on Feng Shui, Meditation with Crystals, Orgone Generators, and other uses to which people have put crystals.

We cannot prove or disprove the beliefs of any religion, nor can we prove or disprove the efficacy of any crystal use.  The choices and judgments of what is right for you to do and believe are yours.  Like a religious supply store, we provide information and crystals in the hope that the crystals will in some way enhance your life and well-being.  Should they not, everthing sold here is returnable.  Follow your heart and make up your own mind.  Here you will learn of the teachings and discoveries of Dr Reich, and some of his students.  You will also learn that combining the beliefs of several schools of thought can enhance your experiences.  However, we do caution you to not let any belief in crystals or their uses keep you from availing yourself or your loved ones of the benefits of modern medicine when the situation so dictates.   Crystals can certainly be used as an adjunct to professional medical care, but are never substitutes.