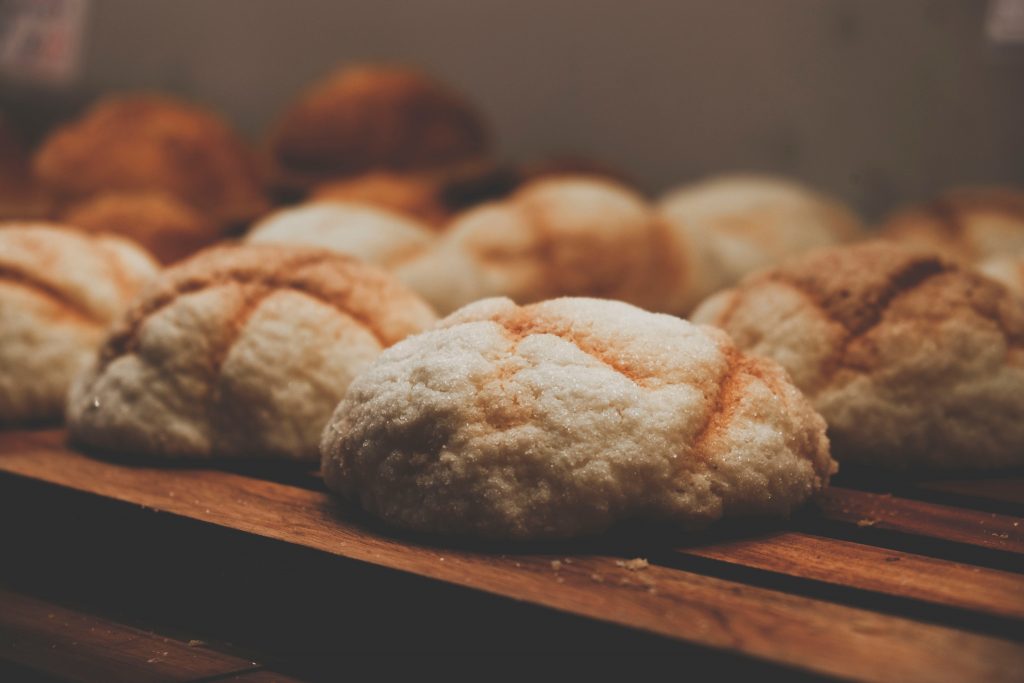 Are you looking for a magical buttermilk Yule bread to celebrate the Winter Solstice and Yuletide? We have the perfect recipe for you below! 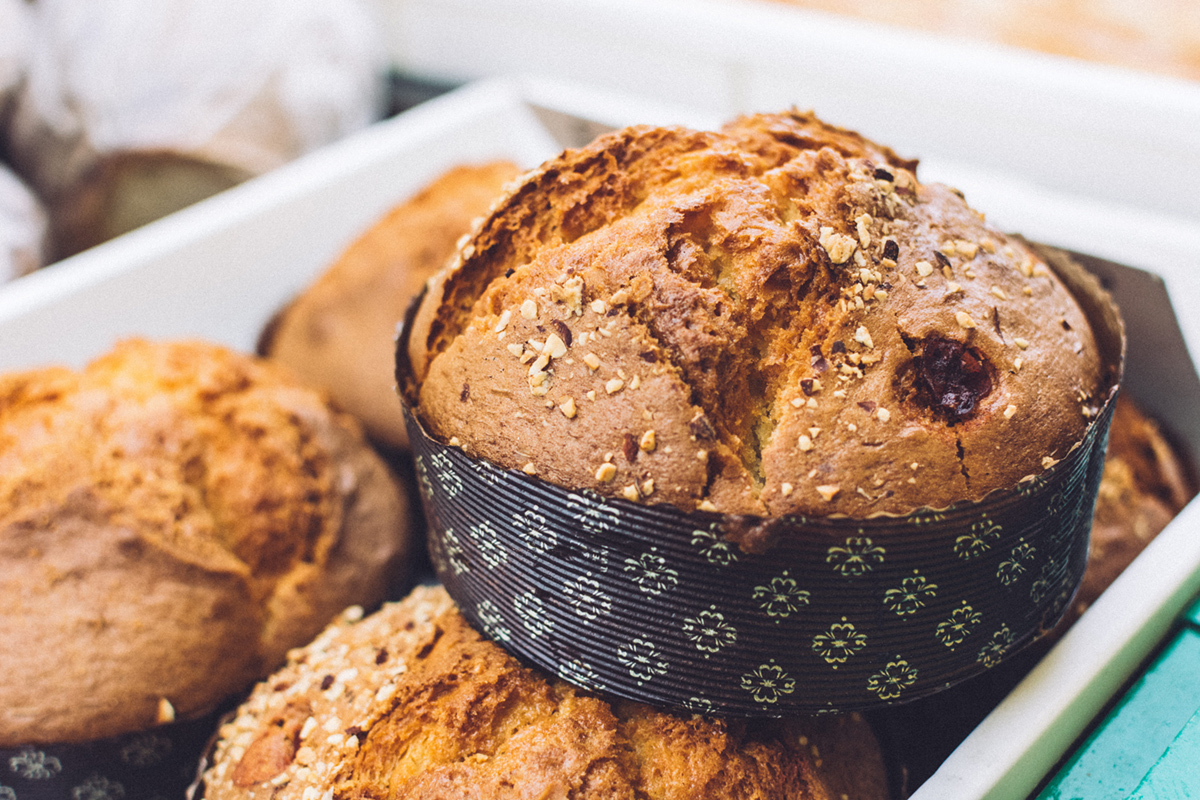 There are few common Christmas traditions we are used to now that came from Yule. These include the hanging of mistletoe as well as burning a Yule log. Another ancient tradition that is still practiced in many countries is baking Yule bread as a way to celebrate the Winter Solstice. It’s a very forgiving recipe that is made to spread warmth and cheer in the darkest days of winter. It’s a hopeful reminder that Spring and Summer are on their way soon.

Traditionally, and still today, the ingredients of the bread were blessed before being used. This was said to ensure a bountiful and prosperous harvest. Many cultures today still use “bread magic” as part of their spells. Each of the ingredients is blessed and/or a spell is cast on them. The blessings and/or magic of the spell is then delivered through the bread when it is consumed.

Blessing the Bread and the Ingredients

How you bless the ingredients or bread is completely up to you. Some people like to read an incantation to each ingredient and/or the finished bread. Others just prefer to say silent prayers or blessings during the process of making it.

Many traditions historically baked charms into the bread to divine the future for the coming year. While the same bread is still baked, the process of adding charms has mostly diminished. In the past, things like coins, rings, and cloth would be baked with the bread. When you serve it, the person who got a coin was said to foretell riches ahead, while a ring predicted a marriage in the future, and a cloth was said to signify bad times or poverty ahead.

Our Magical Buttermilk Yule Bread recipe follows along with tradition though it is very forgiving. Some like to use oats and flour while others prefer all flour. The magic you add inside is completely up to you. We suggest at least one crystal essence, some dried fruit, seeds, and/or nuts. The best crystal essences for the Magical Buttermilk Yule Bread are Bloodstone, Ruby, Garnet, Onyx, Azurite, and Sugilite. Choose one or two crystal essences to add based on the healing properties you need (see more below). If you’re also looking for the matching crystals to have, too, most of them can be found in our Yule Crystal Kit.

*note: you can remove the oats and use 3 cups of flour instead.

Which Crystal Essences to Choose

We recommend using Bloodstone, Ruby, Garnet, Onyx, Azurite, or Sugilite crystal essences. Read more about each one below to choose the healing energy that is right for you.

carries a tremendous power to ground one fully in the body, in the here and now, and to enhance one’s capacity to function with strength, determination, and courage. It provides emotional support during times of extreme adversity and helps those who have been bullied or abandoned by others to regain their connection to the Divine, letting them know that loneliness and isolation are mere illusion.

Used as an elixir, Bloodstone calms the emotional body, dispels confusion and enhances decision-making, nourishing feelings of worth, self-confidence and self-sufficiency. 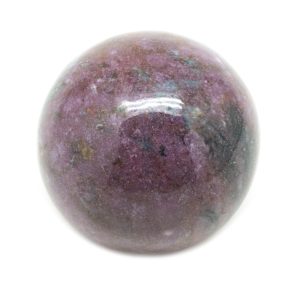 allows the sharing of loving energy despite past hurts, bringing up anger or negative energy for transmutation. It gives the strength to rise from martyrdom and choose whether or not to dwell in anguish, distress, or suffering and encourages a positive and more courageous state of mind.

This crystal essence stimulates the Base Chakra, increasing vitality and chi, the life-force energy, throughout the physical body and into the spirit. It promotes a clear mind, increased concentration and motivation, and brings a sense of power to the wearer, a self-confidence and determination that overcomes timidity and propels one toward prosperity and achievement. 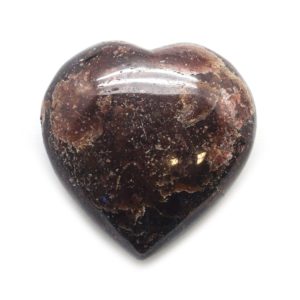 can act as a strong help to balance the energy system, stimulate desires and uplift your attitude. As a balancer stone, Garnet can prevent fears of insecurity and even money losses. They’re lucky stones: lucky for love, success, and for goals. Use Garnet to increase your positivity and popularity, thus enhancing your personal self-esteem. As an energy stone, it can encourage success in business and business relationships.

Used as an elixir, Garnet is also known for its utilization of creative energy. It grounds spirit forces within the body and helps in the ability to work lovingly on the physical plane. Yet Garnet is a sensual stone. It represents primordial fire, the creation of the world out of chaos, purification, and love. It is a stone of strong, intense feelings. 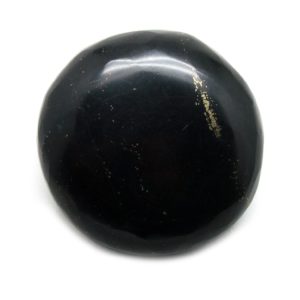 grounds and stabilizes the emotional body, bringing strength in difficult or confusing circumstances and during times of tremendous mental or physical stress. It calms nervousness, quells anxiety and fear, soothes tempers and restores rational thinking and self-control. It emanates the energy of self-mastery, imparting self-confidence, focus, ease in one’s surroundings, and the gift of wise decision making.

Used as an elixir, Onyx deflects others’ negative thoughts or criticism and is an effective defense against those who are manipulative or argumentative. Use before bed as a ward against fears associated with the dark. 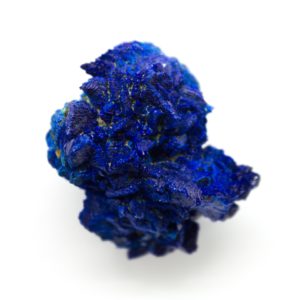 essence lends the courage to overcome negative patterns of behavior stemming from insecurity and fear. It helps those who are deceptive or lie habitually to be more clear and truthful to themselves and to others. It calms those who talk too much out of nervousness and encourages those who hold back from self-expression to verbalize their thoughts and feelings.

Used as an elixir, Azurite cleanses and strengthens the emotional body, releasing stress and worry, and overcoming grief and sadness. It brings a healing light into consciousness allowing it to be infused into thoughts, feelings, words, and action. 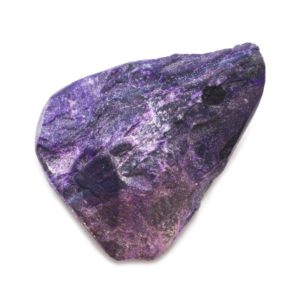 is an extraordinary healer of the emotional body, a grounding force for all who are socially awkward, suffering from mental illness, or who simply feel Earth is not their home. Its energy alleviates grief and sorrow, hopelessness, and lends the strength to face difficulties and recognize there is a bigger picture of which one is an integral part. Sugilite helps one let go of the past and move forward in a positive way, releasing unwanted thoughts, memories or life experiences that run over and over, keeping the mind from peace.

Used as an elixir, Sugilite brings the gifts of wisdom and spiritual devotion, helping one to understand that Truth is the highest form of love, and living in one’s own truth is not only healing but empowering.