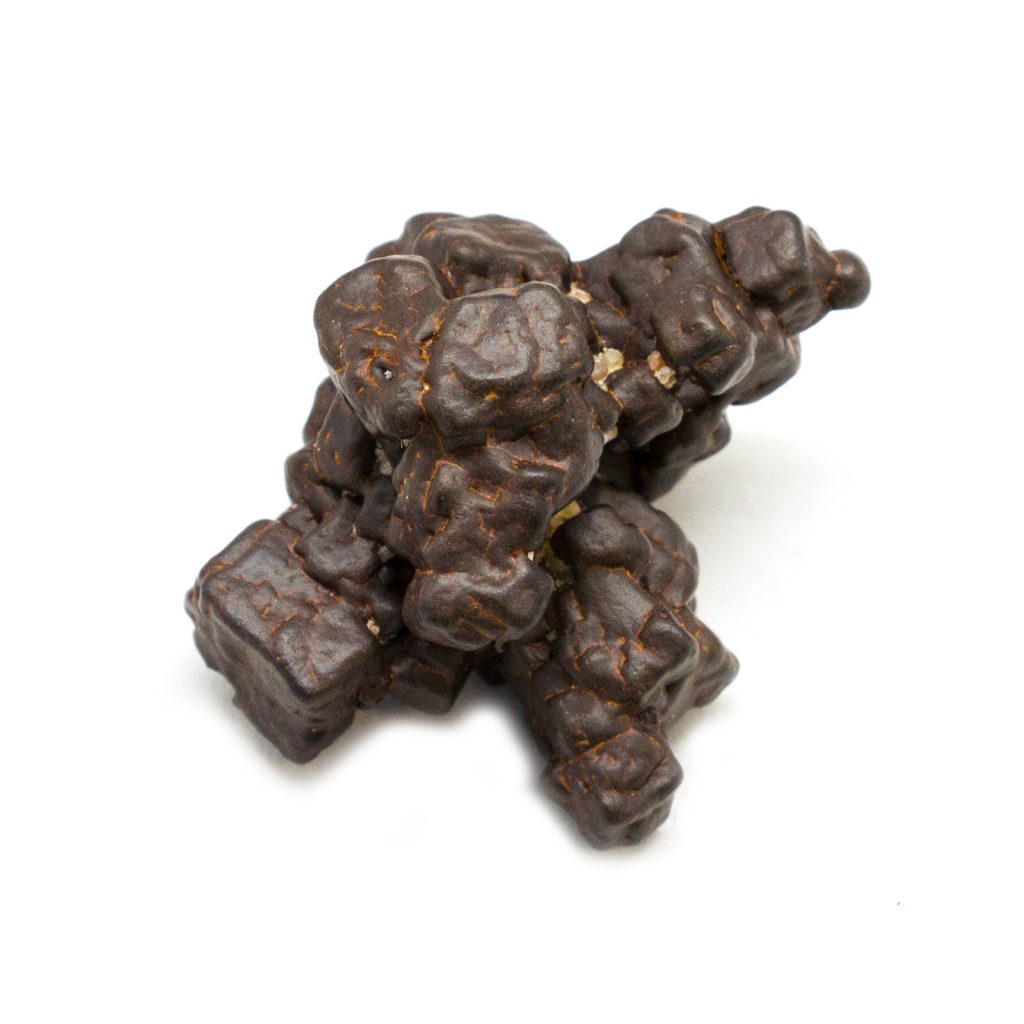 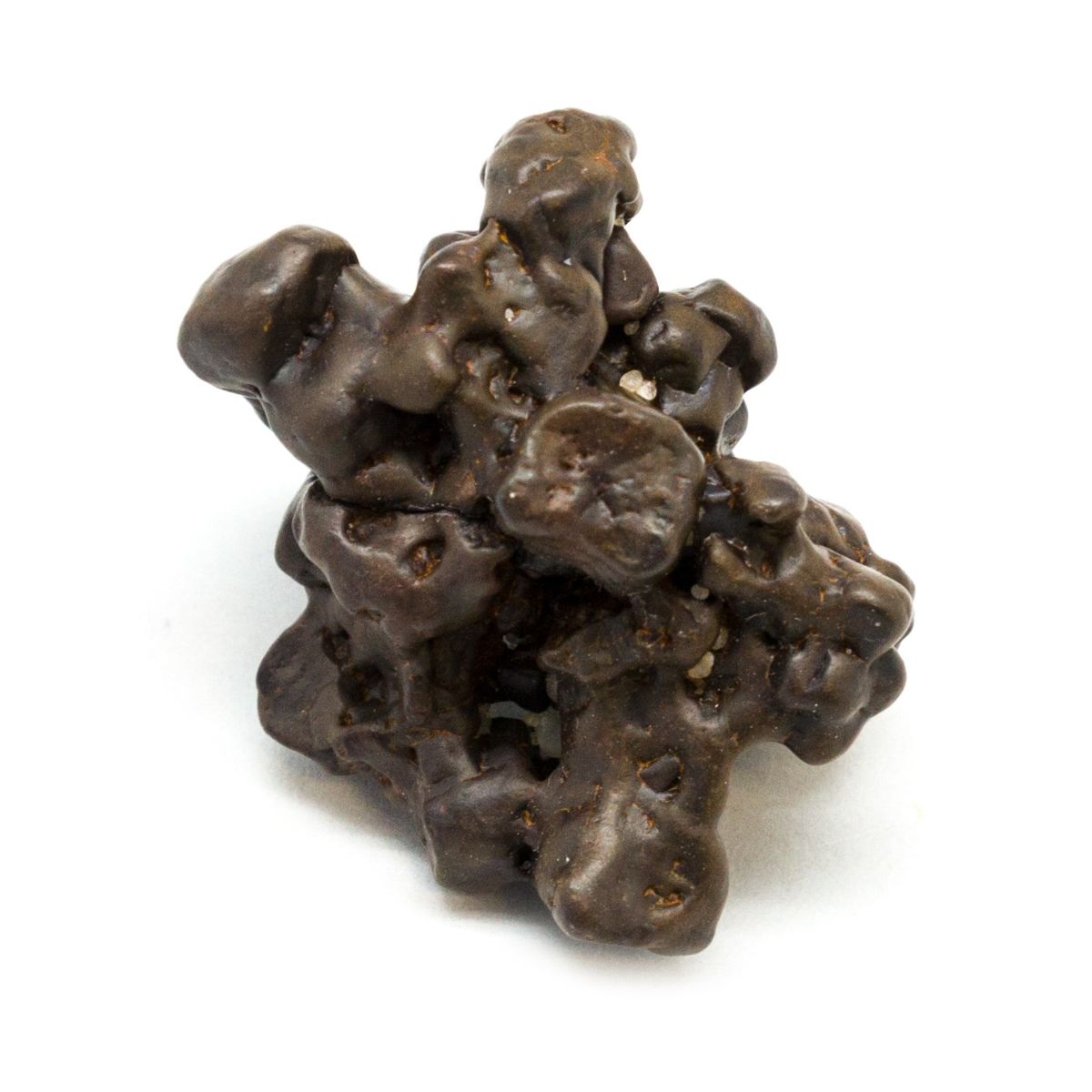 Prophecy Stones are fascinating stones. They are a pseudomorph of Limonite / Hematite After Marcasite / Pyrite. The original crystal structure remains from the Marcasite / Pyrite but has morphed/changed completely into something else.

These crystals are especially unique as they are from a remote area of the White Desert in Egypt and are not seen very often. They are very high vibration, resonating with the Third Eye, and are useful in meditation and astral/visionary work.

Prophecy Stone is a stone used to clear and focus the mind. It will enhance memory and aid in clarity of thought. It is a “mind cleanser” and will aid in calming emotions to allow for rational thought and decision making. It calms mental stress.

Peeking into the Future with Prophecy Stone 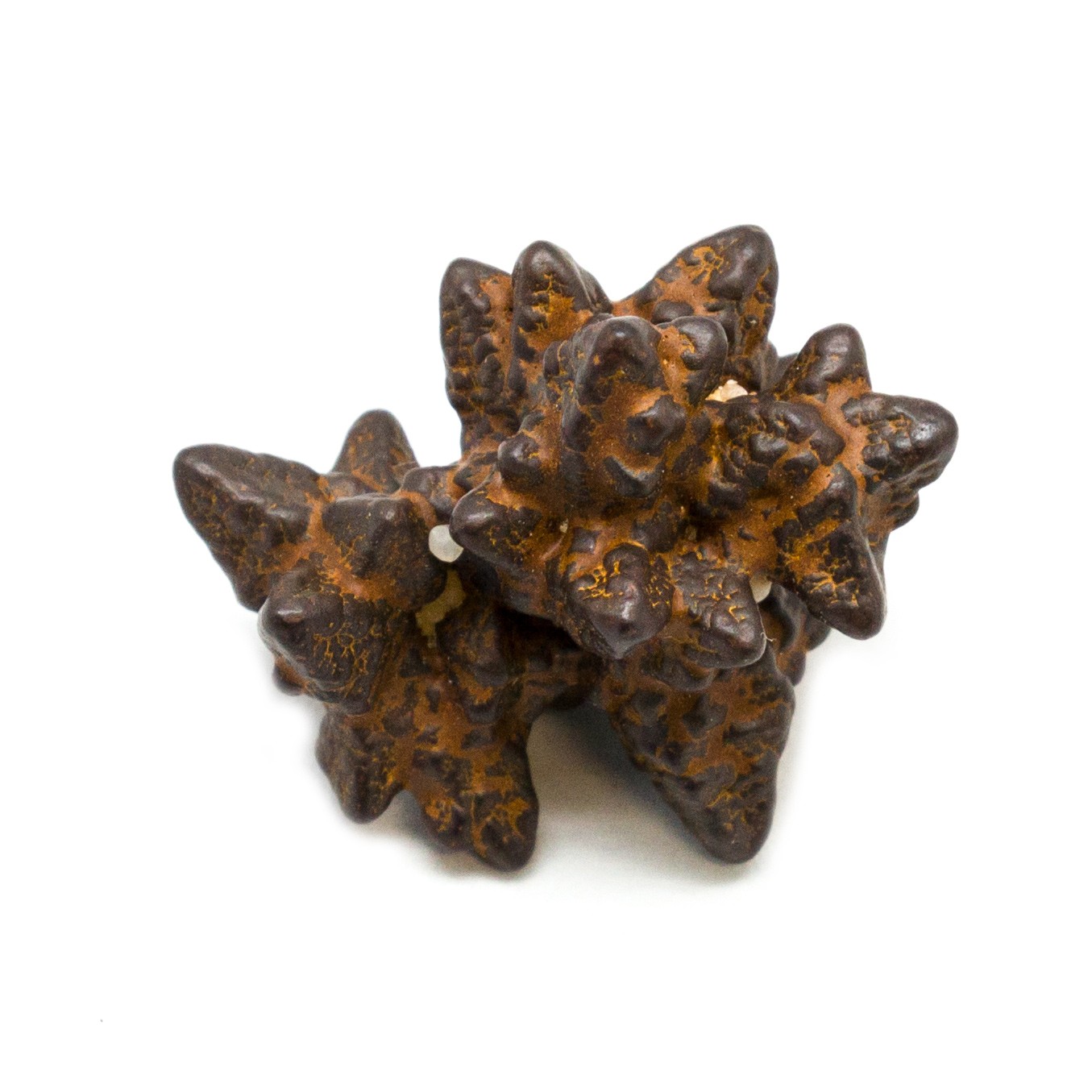 We had one on a shelf near where we work on crystal alchemy and crystal aromatherapy. One day our alchemist reported amazing sudden visions of a trip they had planned. Quite startled it took a while to trace them to the Prophecy Stone. But when the work they were doing was done the Prophecy Stone seems to go inert again. What was he working on? He was working on an elixir using the essences of Hematite, Pyrite, and Smoky Quartz. Could that be the activation cause?

What proved to be unpredictable was the activations – they seem to need a few days or more between visions – and the time frame of events predicted. Also, the details were sometimes very sharp and at other times vague.

So, if you would like to try your hand at prophecy, try one of these rare stones. We have since found that any mixture of Pyrite and Clear Quartz essence (such as in the Premium Solar Plexus Chakra Elixir) works well. However, you can also place some Quartz or Pyrite in a glass bowl out in the sun for a few hours (up to 4). Then remove the crystals and bottle the elixir.

We suggest adding 3-6 drops of the elixir to the stone about once a week. Do this in a quiet place and sit quietly nearby. You may not get visions right away as this can be a slow-acting stone. However, try to be patient. They will come.