Diana - Goddess of the Hunt - Crystal Vaults Skip to content 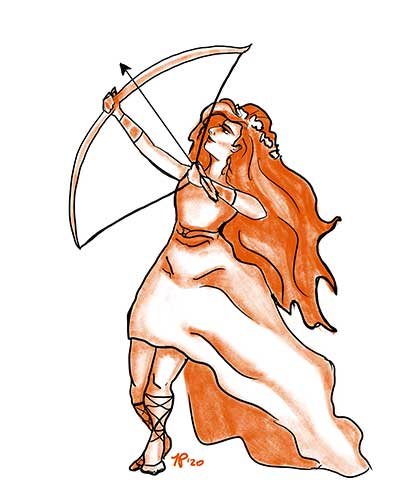 Diana is the roman goddess of the hunt, open sky, the moon, conception and childbirth. The Greek goddess, Artemis, and Diana are very similar. However the Goddess Diana, unlike Artemis, was first believed to be the queen of the open sky in Italy. She was to be only worshipped outside, in her domain. She is known for her gracefulness and strength. She very much encouraged athleticism in young girls; which so many girls nowadays feel isn’t for them. She is or was a great role model for young women.

Diana swore herself to chastity and virginity. She would never marry, nor be with any man in any way. Any man lusting for her would be penalized by death. She was very feministic goddess mainly helping the woman, even her worshipping was done mostly done by women and girls. Her worshippers would go to her for guidance, strength and life advice.  Even her followers, all of which were female, had to follow the same guidelines that she created for herself. They must never marry and must remain virgin.

However one of her followers, named Callisto, could not. She was seduced by the great king of the gods, Jupiter. She kept her secret for a while but Diana called her followers to bathe with her. Her secret was kept no longer,  since pregnancy gave it away. Diana cast her away, but first transformed her into a bear as punishment. The message Diana sent out from this is there is honor in virginity, it is something that should be kept. Not everyone should remain a virgin forever but you have a right to choose.

Many confuse Diana with Artemis or think they are one in the same, but Artemis asked Zeus for the woodlands. Diana protected the woodlands, the wild that lived within them and the free. In a sense, Diana almost is the woodlands, and her strength is what protects it. She stands for nourishment of all, and the strength of the woman. 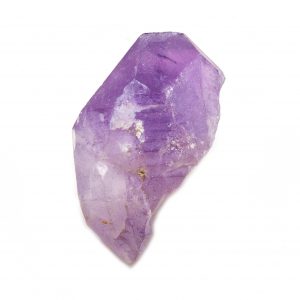 Crystals to honor her are moonstone, amethyst and jade. If you wish to worship her for her powers over conception and childbirth, then jade is more what you are looking for. The moonstone represents night, magic and the hunt. If you want more athleticism, or wish to use the magic that she can grant, then the moonstone is what you want. Lastly the amethyst represents her strength and how she protects women and girls. If you wish for her protection amethyst is what you need. If you wish to worship every aspect of this divine goddess then all three of these crystals are highly suggested.