Do Man-made Crystals Have Healing Power? 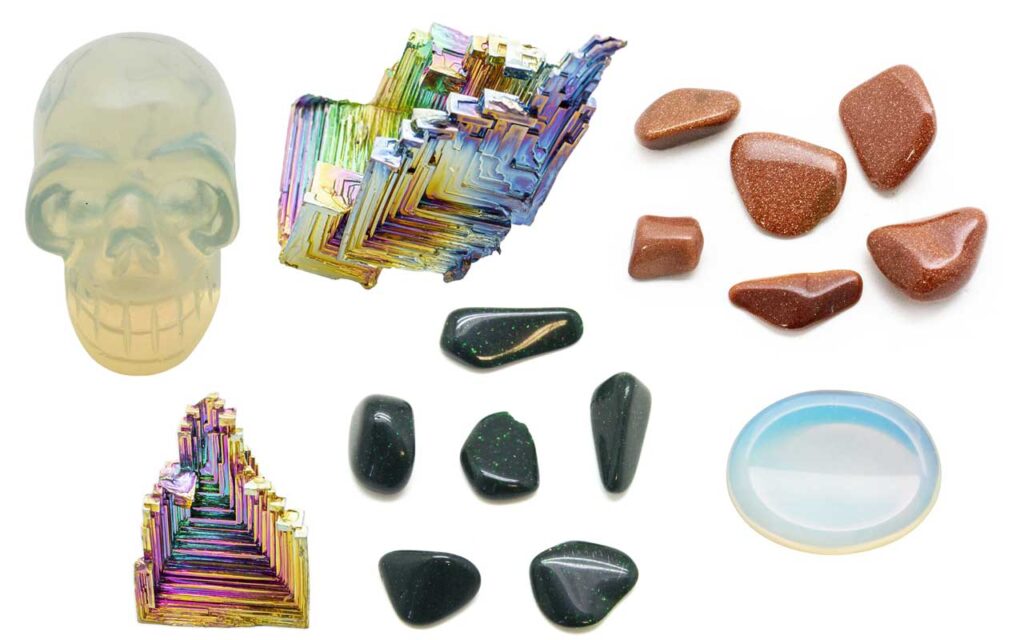 Have you ever been drawn to a crystal only to find out it was man-made? This puts some people off. Immediately they believe just because they are made by man and not Mother Nature, that they have no healing value. However, that is far from the truth! Here we will break down the different types of crystals beyond natural ones and evaluate their healing qualities. So, keep reading on to learn more about man-man crystals and their healing power.

There are several different types of man-made crystals including synthetic crystals (or lab-grown), imitation crystals, dyed crystals, and heat-treated or enhanced crystals. Let's take a deeper look at all of the varieties that crystals can come in.

Natural Crystals: Natural crystals are ones that are formed in the ground by Mother Earth. They are completely natural with no man-made qualities to them. Examples include Quartz, Amethyst, and Lapis Lazuli.

Synthetic Crystals: Synthetic crystals can also be referred to as lab-grown crystals. These are the epitome of man-made crystals as they are created by people, usually in a lab, using natural minerals and elements. Examples include Bismuth, Opalite, and Goldstone.

Imitation Crystals: Imitation crystals are gems that pretend to be something they're not. Usually, these are made out of plastic and created to imitate other crystals such as Ruby or Malachite.

Dyed Crystals: Dyed crystals are natural crystals that have been dyed a different color. Examples include Blue Dalmatian Jasper and Red Tiger's Eye.

Enhanced Crystals: Enhanced crystals are natural crystals that have been enhanced in some way. For example, Citrine is often heat-treated to make the yellows and oranges more bright and vibrant. Aura Quartz is natural Quartz that is electrostatically bonded with precious metals such as gold, silver, and platinum.

The Healing Power of Man-Made Crystals 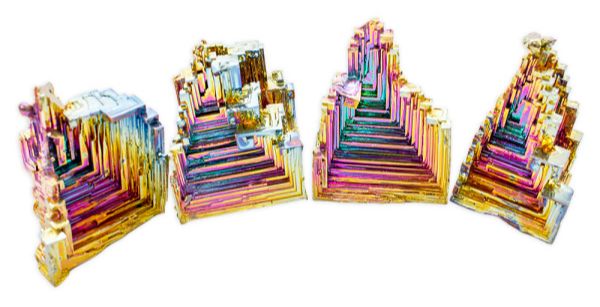 So, the question that many people have... do man-made crystals have healing power? The answer is yes! They absolutely do. However, this does not include imitation crystals which are usually mass-produced and molded from plastic.

Natural crystals have very strong healing energies because they were created by the Earth, sometimes billions of years ago. There is a lot of history and energy to absorb and hold, which they do very well. In contrast, you may believe a crystal made from glass, such as Opalite, doesn't hold the same energy but that's simply just not true.

To understand how man-made crystals are not actually completely man-made, keep reading below. 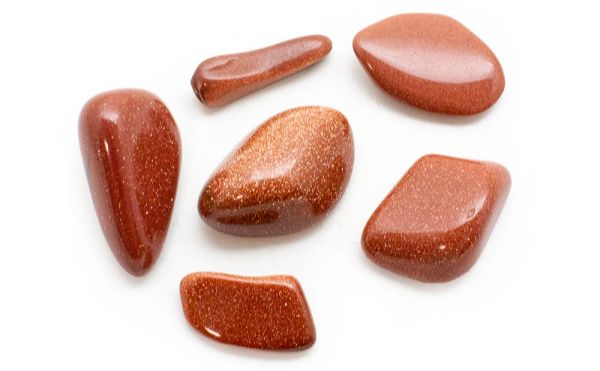 Glass is made from natural and abundant raw materials which can include things like limestone, sand, and soda ash. These materials are heated at a very high temperature to form glass. While crystals made of glass may be lab-created or man-made, they are made of natural materials.

Opalite is a form of opalescent glass. While Goldstone is glass that is supersaturated with either iron, chromium, or copper oxide (which gives the stone its glittering appearance). What's more, if we dig even further, we find that high-quality glass is actually created from silicon dioxide which is the basis of Quartz crystals. 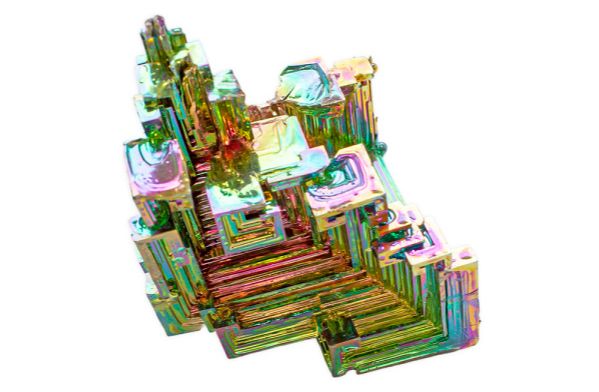 To create this crystal, ingots of Bismuth are melted down and then cooled. The shapes you see them in, as pictured above, are formed naturally. Bismuth appears silver until it comes into contact with air, otherwise known as oxidation. These oxide layers are what form the rainbow appearance of the stone. 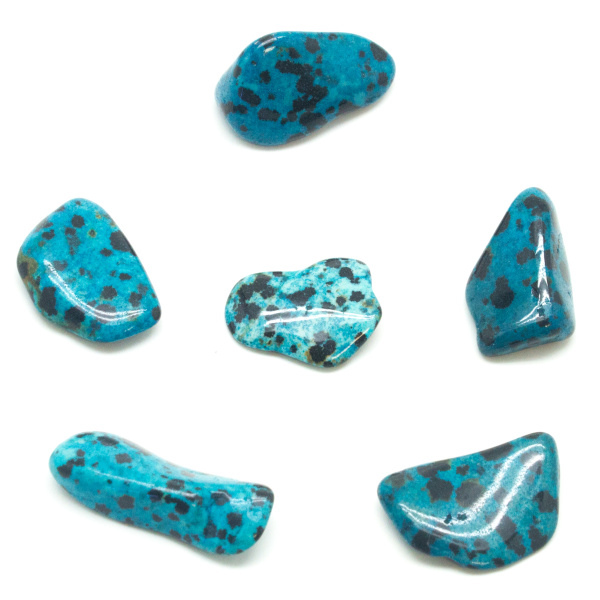 Crystals that are enhanced through heat treatment, electrostatically bonded, or dyed, are still natural crystals. They may have been enhanced with man-made techniques but they still hold the healing properties of the original crystal.

The Healing Properties of Man-Made Crystals

Man-made crystals, as we've discussed above, still hold pieces of Mother Nature and therefore still have healing properties. If you are drawn to a crystal or like the way it looks, don't be put off by the fact that it is glass, heat treated, or enhanced in any way. It still comes from nature.

In fact, man-made crystals are more eco-friendly and ethically sourced. Think about diamonds, for example. For many years, diamonds were mined in deplorable conditions to keep up with the demand. But in 1973 cubic zirconia was created and commercial production began in 1976. This diamond look-alike became mainstream and is still used in jewelry to this day. It is more affordable and far more ethically sourced.

Let's take a look at some of the more popular man-made or enhanced crystals and their healing properties. 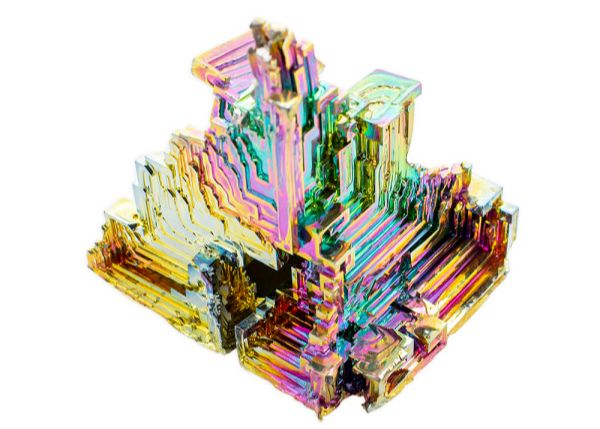 Rainbow-colored Bismuth is an excellent tool to use for focus, visualization, and shamanic journeying. It can also raise awareness during meditation and journeying while providing grounding at the same time. It can also be utilized to facilitate transformation by facilitating passage between the astral and spiritual planes and the physical realm.

Bismuth encourages cohesiveness, so would be very helpful in groups and/or relationships. It is an excellent stone for increasing mental acuity. It also relieves stress accumulated by all of one's responsibilities and it boosts energy levels to aid one to deal with them.

Bismuth is thought to be an element that promotes vitality, energy, and can aid in goal achievement, particularly when working in a team. Bismuth relieves feelings of loneliness and isolation. It is a stone of transformation and change, helping to adapt with calm assurance. 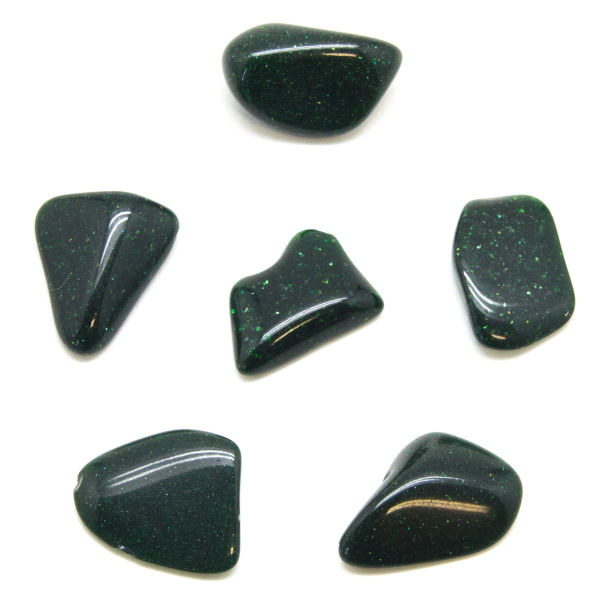 Goldstone is believed to be created accidentally by Monks in Northern Italy. However, some historians state this is unlikely and it is more feasible that it was created by glassmakers in the 13th century. Either way, Goldstone is a beautiful and beloved crystal by many healers.

Goldstone is an amazing attractor of spirits and spiritual beings. It is beautiful, never has any negative energy, is made of natural materials - silicon and oxygen, like Quartz, and sparkles in every dimension.

It is utilized as a protection stone since it has the ability to both generate and repel energy. Long-distance healing and reviving one’s energy field are further uses for it. Goldstone enables a greater energy flow to pass through the transmitter. Because it emanates energy from the sender's hands, it is a fantastic stone for Reiki because it allows energy to flow.

Goldstone is the "smile" of the crystal world. There is magic there but it is an innocent, non-denominational, beautiful kind of magic.

Try just carrying a few. Give one away when someone asks what it is and admires it. Tell them it is a Goldstone – a wonderful smile maker that works on everyone to make a bit of their day sparkle. 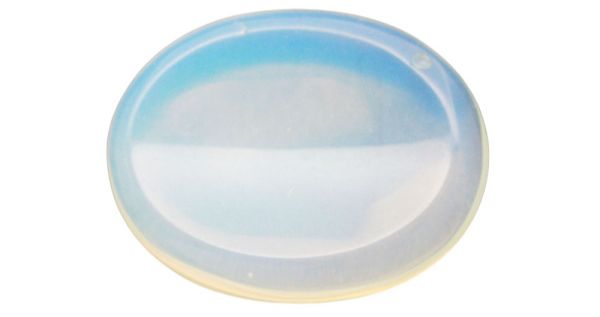 This crystal brings peace to all. It softens a harsh atmosphere and brings peace and serenity to where it is needed. It helps you face your fears and accept change.

Opalite is a wonderful aid to clear the mind and increase your overall energy. It can help you open your mind and communicate more effectively. It is said to open up spiritual communication best. Use to speak more freely with your higher power or angel guides.

Said to stabilize mood and emotions, Opalite is a powerful healer. It can calm the mind, heart, and body. It soothes emotions and can make dealing with any sort of change a lot easier. 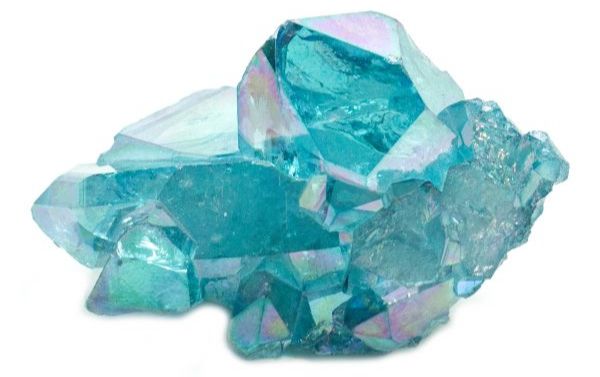 Aura Quartz crystals are created by electrostatically bonding precious metals from the Earth onto the surface of natural Clear Quartz points or clusters, a new, unified color layer is created, a permanent blend that intensifies the properties of the original elements, as well as emanating a unique spectrum of subtle energies on its own.

There are several different types of Aura Quartz and colors depending on the precious metal it is bonded with. Take a look at the varieties below:

You can learn more about the healing properties of each type of Aura Quartz by visiting our crystal encyclopedia entry for them.

How Do I Use Crystals During Meditation?

Crystals for Attraction and Manifestation

How to Do a Chakra Body Layout with Crystals 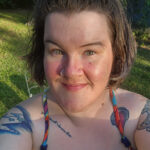 Kat is a Certified Crystal Master and Crystal Astrologist. She has been working with both crystals and astrology for over 20 years. She holds a Bachelor of Science degree in Information Sciences and Technology from Pennsylvania State University. Kat is a Florida native and has been with Crystal Vaults for over 10 years.

Always stay up to date on crystals, sales, and more by joining our email list!

What is Glass? via Glass Alliance Europe

What are the properties of silicon glass? via PCC Group