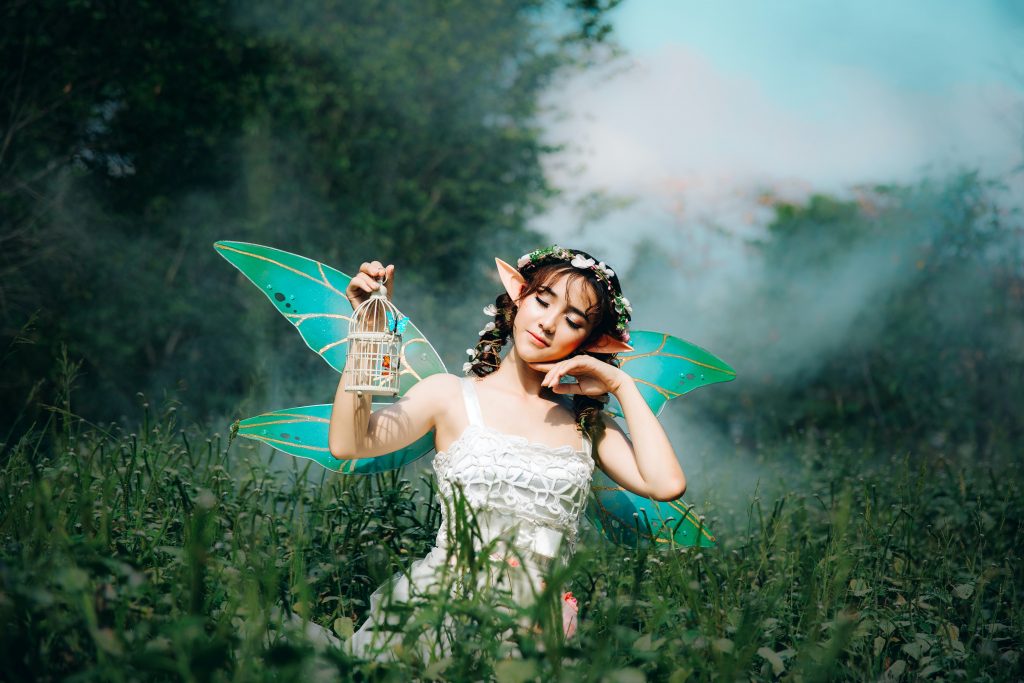 Connecting and communicating with fairies and other ethereal beings (such as angels or spirits) can be challenging. If you have found a way to communicate with them, drawing them in and enticing them to stay is difficult. Using crystals alone or along with your other methods can increase your success rate tenfold. That’s why we’re going to offer you two special crystals to attract fairies and other ethereal beings as well as exactly how to use them.

There are many crystals that practitioners swear by to attract fairies and ethereal beings. Popular choices include Clear Quartz, Amethyst, and Spirit Quartz. While it’s true that different spirits and entities can react to and be drawn to certain crystals, it can be difficult to figure that out in the beginning. Thankfully, there are special crystals to attract fairies and ethereal beings that seem to work the majority of the time.

The most commonly recommended are Peridot and Sapphire. Both of these crystals can work to attract and help you connect with many different realms and higher spiritual planes. If you’re not seeking something specific, we suggest using both types of crystals for maximum power and potential. If you are looking to attract fairies, interdimensional Earth beings, and other natural spirits, we suggest you use Peridot. While if you are looking to connect with the ethereal beings, the higher spiritual planes, psychic visions, or past lives, we suggest using Sapphire. 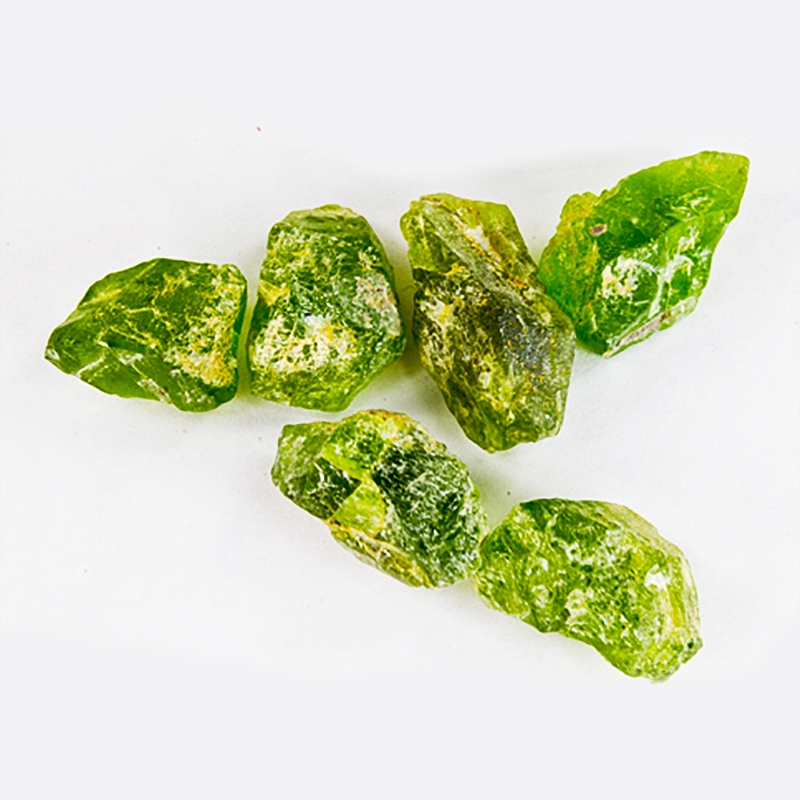 Peridot is a beautiful, bright green crystal that has very special origins. It is born of fire and brought to light, one of only two gems (Diamond is the other) formed not in the Earth’s crust, but in molten rock of the upper mantle and brought to the surface by the tremendous forces of earthquakes and volcanoes. While these Peridots are born of Earth, other crystals of Peridot have extraterrestrial origins, found in rare pallasite meteorites (only 61 known to date) formed some 4.5 billion years ago, remnants of our solar system’s birth.

Peridot is a crystal of positive power, a talisman for recognizing and honoring the Creator’s frequency of Love, the source of all abundance. Used with the right intent, it helps expand one’s ability to receive from the Universe on all levels of life. This crystal is attuned to spiritual truth and the understanding of one’s destiny.

Peridot is a crystal of positive power, a talisman for recognizing and honoring the Creator’s frequency of Love, the source of all abundance. Used with the right intent, it helps expand one’s ability to receive from the Universe on all levels of life. It is also an Elven stone, carrying the frequency of interdimensional Earth beings who share our planet. Peridot may be used to connect with the fairy and Devic realms, and to communicate with Nature spirits of all types, including the plant and animal kingdoms. It is an excellent stone for animal and Earth healers.

How to Attract Fairies 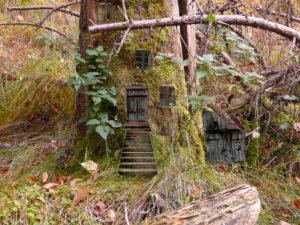 Using a Peridot tumbled set is the best way to attract fairies. While any Peridot will do, we find multiple stones work best. They don’t have to be large either, as we all know fairies prefer small things. We have a a Peridot Tumbled Crystal available that would be perfect for this application. One will do but if you can get 2-3, it would be even better.

If you already have a fairy area set up such as a fairy garden or home, we suggest adding the Peridot in and around this area. They don’t have to be placed in any special configuration. Just adorning the area with Peridot would be enough.

If you don’t have an area set up already, we suggest placing the tumbled stones in a circle, in a safe location, where you want to attract the fairies. You can use other small items that fairies like to help attract them such as food, gold trinkets, anything sparkly or shiny, flowers, and water. 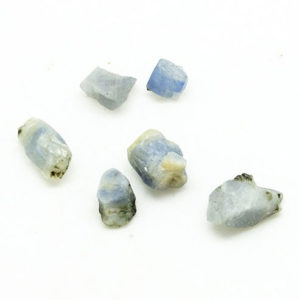 Sapphire is an ancient gem, beautiful and pure, associated with all sacred things. It is considered the gem of gems, a jewel steeped in the history and lore of nearly every religion. Today Sapphire is still a Stone of Wisdom, a royal stone of learning, mental acuity, and psychic activation, a seeker after spiritual truth. Its pure Blue Ray brings order and healing to the mind, lending strength and focus, and an ability to see beneath surface appearances to underlying truths and to utilize that knowledge.

Sapphire is a stone of spiritual power and astuteness, bringing prosperity and helping to sustain the gifts of life. It tends to focus, emanate and radiate its energy in fulfilling dreams and desires of the consciousness, even without conscious initiation.

Blue Sapphire is a Wind element stone activating the higher mind. It opens awareness and communication with the higher planes and stimulates psychic visions, extrasensory perception and one’s inner sense of knowing. It engenders strength of mind and increased learning ability, and may be used for wisdom in negative situations. Sapphire also allows one to act as a conduit in channeling received information. It is an excellent stone for use in alternate or past-life therapy, helping one remember other lifetimes and the lessons they provided.

How to Attract Ethereal Beings 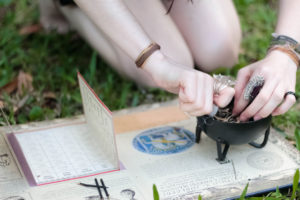 We have found that using Sapphire is one of the best ways to connect to spirits, angels, and other ethereal beings. Size isn’t what matters here but rather quantity. The more Sapphire you can acquire, the more powerful your attempts will be. This can be raw/rough, polished, in jewelry, etc. The only real suggestion is that you have as many as you can to help attract the ethereal beings and entice them to stay around longer. We have some Sapphire Rough Tumbled Stones on sale now that would be just perfect. It comes with a set of six which would work well. Though with this application, two sets would be even better.

When looking to attract or call upon spirits, angels, or other ethereal beings, we suggest placing Sapphire near and around you in various shapes. The main shape you should use is the six-pointed star, also known as the Star of David. If you have multiple Sapphire, you can continue this shape or do one of those and then place the rest in circles.

Are you interested in crystals for angels, goddess crystals, or other specialized crystal subjects? Check out the Crystal Inner Circle, the only online crystal community! You can learn more about crystals, become a certified healer, save tons of money on crystals, and more! Click here to read more now.