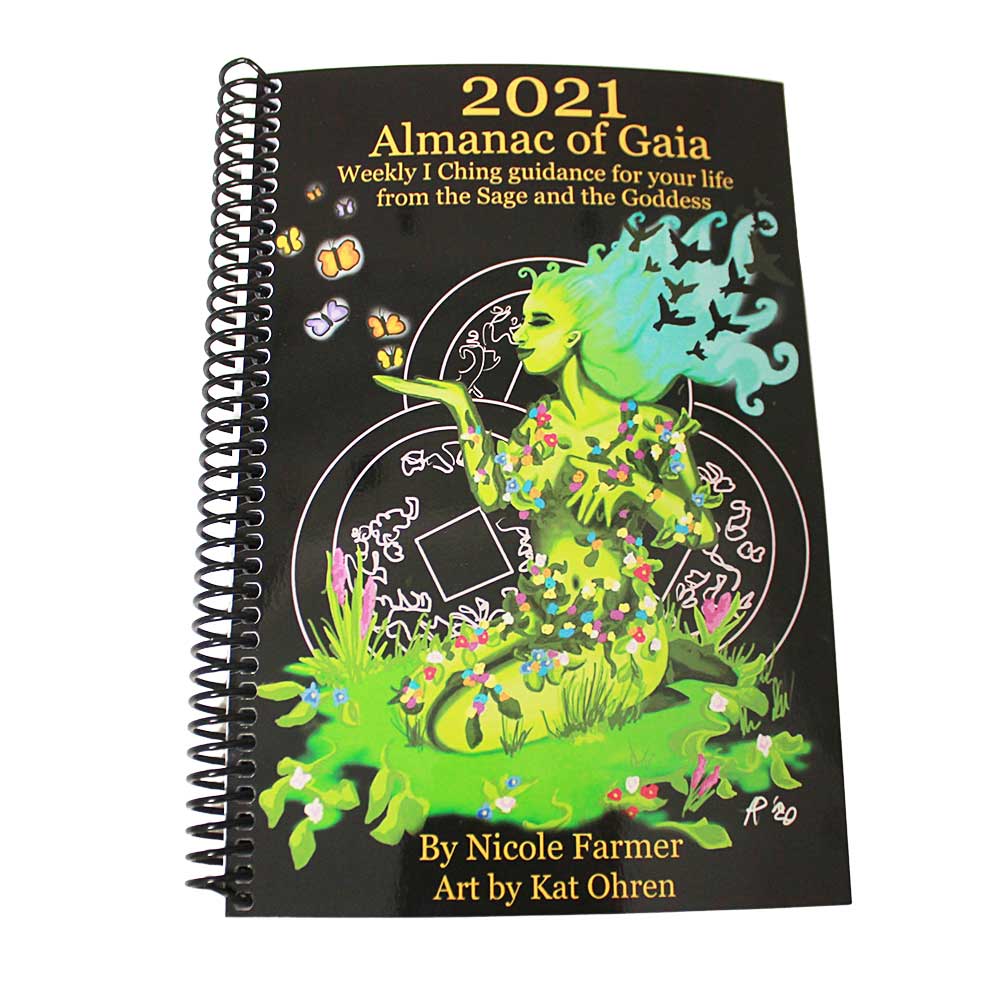 Here is the short answer.  The Almanac will show you how and when to use your crystals to best advantage every day next year.

Here is a longer answer.

You may well have heard the saying, “As above, so below” which is the basis of astrology.  But the “yin” to that “yang” is “As below, so above.”  There are times when are fates are ruled by the stars, but there are times when they are not.

Some  Native American tribes referred to Father Sun, Mother Earth, and Sister Moon.  We find that wisdom apt.  Sun-based astrology based on one’s birth chart is valid ands seems to work when the Sun is up.  When the Moon is up, its effects dwarf all the other planets, since they are so dim and so very far away.  The effect is like the Moon is a searchlight in your garden and the other planets are flashlights in a small village on the other side of the world.  It really doesn’t matter which village (or house) they are in.  The Moon’s effects simply overwhelms them.  So when the Moon is above the horizon, its astrological effects dominate us.  Those effects are based on where in the Zodiac it happens to be.  The Zodiac when it is divided into 12 parts yields the well known sun signs like Aries and Gemini.  When it is divided into 28 parts they are called the Mansions of the Moon.  So understanding which Mansion the moon is transiting helps us know the astrological effects we can expect.  The Almanac shows us each day where the Moon is transiting and what to expect from that energy.

But even with these astrological energies from above, there are more.  As we mentioned “as below, so above.”  There is another heavenly body around – the Earth, the Earth Mother, Gaia.  She to has influence as she is the mother of us and the crystals that form within her.  What astrological energies and infuences does she bring to us?

This is the genesis of the Almanac of Gaia.  It is an annual “birth chart” if you will that uses the ancient oracle of the I Ching to “listen” to the Earth Mother.  The results of this consultation with Gaia using the I Ching is a weekly almanac that show us the prevailing energy and guidance for our lives and spirits each week.

How does it work?

The earth absorbs energy from the Universal Life Force, uses it, and transmits it in the same ways we do. It gets physical energy from the heat and light of the sun. For example, it uses that energy, and the energy from its molten core, to warm the ground, keeping it just a few feet from the surface at about 50 degrees Fahrenheit. In fact, the deeper you go, the warmer it gets. For every 100 meters you go down, the temperature goes up 3 degrees Celsius.

Posted in The Crystal Vaults Blog
← Your Questions AnsweredRecipes for Balance →