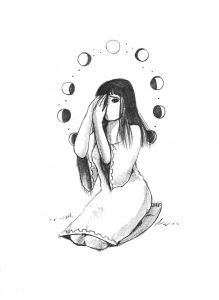 Hanwi is the moon spirit in the Sioux mythology. Her name means “Night Sun”.  The Sioux are an ancient and deeply spiritual people.  There are three main groups in the upper Midwest of the United States today:  the Dakota to the west, the Lakota to the east, and Nakota between them. Hanwi, like all the Sioux speaks Siouan, the Sioux language. It’s the fifth most spoken language in North America. As the moon spirit, Hanwi guards her people during the night, protecting them from harm from evil spirits.

Hanwi is the wandering moon because of her husband Wi. In the Sioux creation story, Wi, the Sun God once allowed a mortal, Iktomi to take Hanwi’s place beside him at a banquet of the gods.  Skan, the Sky God and the judge of all the Gods judged this action harshly.  He punished Wi by taking Hanwi from him and allowing Wi to only rule during the day, leaving Hanwi to rule the night. She often is seen hiding part of her face from the shame of that betrayal.

It is said that the moon has more piercing light because it pierces darkness.  This is believed to be what Hanwi will do for you, pierce dark or negative beings and protect you from them.

When the moon is out, when Hanwi is watching over you, it’s a time of cleansing.  Let Hanwi help you release stress and help you in clearing your mind of negativity. You are safe while she watches.

She can also help you focus on what really matters to you. Moonstone is a good gemstone to use in asking Hanwi to protect you and free you of negativity.  Like Hanwi, for which it is sort of named, Moonstone helps you to balance your emotions and enhances your spirituality.   Agate, particularly the light blue variety is also excellent. 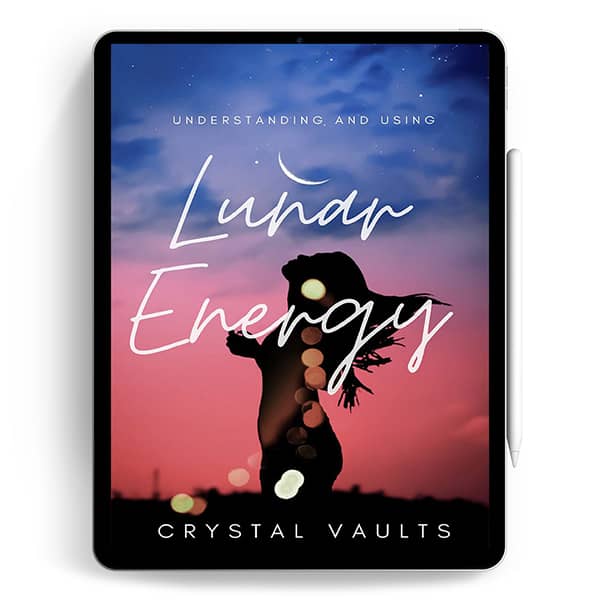