If you were born from February 19th to March 20th, you are a Pisces.

When winter slowly makes way for budding spring, this time represents the Zodiac sign Pisces. The symbol is two fish swimming in the opposite directions of each other. This symbol illustrate the problem of dealing with conflicting emotions and goals.

Pisceans love making friends and being around them is always a pleasure. They often put the needs of those around them before their own. If a friend is suffering a Piscean will make it their problem too and suffer with them. Gift giving is one of their specialties because they love making people feel great and loved. They donÊ¼t care much for money but really care about their dreams and goals. They are successful in the businesses of art, music, marketing, and drama.

Pisceans enjoy when other people are open and kind to them. When someone tells them a story about human suffering it touches their heart and makes them sensitive. They really feel the pain of someone else. If a Piscean is knocked down feeling gloomy and dealing with self-pity, they will get back up again and show the world that they are better than that. 
It's a pair of Fish that represents Pisces, a symbol that prompts others to suggest that these people 'go with the flow' and 'don't make waves.' Both of these labels are true, since Pisces are fluid and easy-going, in keeping with the Mutable Quality assigned to this sign. The fact that two fish represent the members of this sign also speaks to the duality of Pisces, their yin and yang sensibility. Pisces alternate between reality and non-reality in keeping with their introspective natures; their voyage between consciousness and an unconscious dream state says much about their intuitive, almost psychic natures. For this reason, Pisces can be hard to pin down, prompting some to call them the chameleons of the zodiac. The Fish are happy to be considered hazy, since there's a certain sense of safety in that self-proclaimed netherworld. That said, they won't stay away for long, since one of their primary goals is to help others.

The traditional stone, for those born under the Pisces Zodiac sign is Amethyst. Amethyst color is a violet that can either be light or dark. It is often known as the BishopÊ¼s stone. Amethyst symbolizes sincerity and spiritual wisdom. To protect themselves from witchcraft, fear, and guilt, ancient Egyptians wore Amethyst. When you feel overworked or stressed out, use Amethyst to aid in relaxing and eliminating negative energy. Many people today are finding that Amethyst is a stone to build trust. In darker shades, amethyst are particularly helpful in artistic endeavors in which new, original results need to be created using the tools and methods of previous times. Amethyst is often used as the Artistâ€™s Stone, the Composerâ€™s Stone, the Inventorâ€™s Stone, the Poetâ€™s Stone, and the Painterâ€™s Stone. Amethyst brings the natural power of creativity to us. It helps us visualize, create, and invent. Amethyst stimulates your creativity.

Sugilite is a new stone for Pisceans. ItÊ¼s color is a pink or purple often with some black in it. People also know it as "Love Stone of the New Age". It is considered by many to be one of the most important love stones. Sugilite teaches you the way to a companionÊ¼s heart. People use this stone to cure dyslexia and to purify blood. This stone also helps you forgive yourself and other people. Sugilite is said to keep migraines and headaches away. Sugilite is a Seeker Energizer Crystal. These crystalsâ€™ energy structure will focus and multiply your desires and efforts to point to a path to that which you seek. The Seekers are powerful, numerous, and very useful crystals that will help you be successful in starting a new effort. The Seeker crystals help you to discover new opportunities and to achieve new goals. Energizers, like Sugilite, are mostly opaque and function like batteries. They to augment your energy during periods when you are not at your peak. Use Sugilite to restore the balance in your spirit energy of the crown chakra particularly when the blockage is the inability to dream or understand your dreams. Blue Lace Agate can help one to reach extremely high spiritual spaces. It contains the qualities of flight, air, movement, and grace. It is a highly inspirational influence when used for inner attunement. This grayish stone only reveals its sparkling colors when it's examined closely. In the same way, people often overlook quiet, unassuming Pisces. Once we look beyond the surface, we see the sparkling qualities of those born under this sign. The radiance of this stone will make their virtues more readily apparent.

As one born under the sun sign of Pisces, you have quite a few choices about which crystals are really right for you. The great strength of the Pisces-born is in their compassionate, artistic ability, intuitive nature, and they gentle, wise, and musical. While Pisces are very friendly people, they are known to be fearful, overly trusting, and often end up to be martyrs or victims. We suggest you use stones to enhance and balance your Pisces qualities such as Amethyst and Sugilite. You can also try crystals other authors recommend such as Blue Lace Agate and Labradorite. 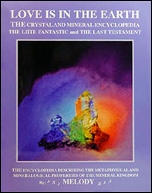 The Metaphysical Book of Gems and Crystals