Description: This is a fabulous Nephrite Jade Massage Wand. It has extremely strong protective, Guardian energy. Jade releases negative thoughts and irritability while soothing the mind. It stabilizes the personality, integrating the mind with body, to stimulate ideas and make tasks less complex and easier to act upon.

Jade is the stone of calm in the midst of the storm. Its action balances nerves and soothes cardiac rhythm. Placing a stone on this slab from time to time recharges the energy, and keeping it in the home traditionally guards against illness. Jade may also be used to temper the shock or fear of the very young or very old being cared for in the hospital or away from home and family.  You will receive the typical item shown.

Primary Uses: Jade is a talisman of personal protection and one of the joys of nature. It is a powerful guardian of your loved ones and your physical security. The magnetite in these stones provides extra protection. This stone will bring you the blessings and protections of many Goddesses. You should always carry a small piece in your pocket when outside your home.

Jade is most valued for its metaphysical properties. It is the ultimate “Dream Stone,” revered in ancient cultures, as well as today, to access the spiritual world, gain insight into ritualistic knowledge, encourage creativity, and dream-solve. It is cherished as a protective talisman, assuring long life and peaceful death, and is considered a powerful healing stone. An amulet of good luck and friendship, Jade signifies wisdom gathered in tranquility, dispelling the negative and encouraging one to see oneself as they really are.

Talismans or Amulet: Jade is a Guardian Harmonizer Crystal. When you have something you want to protect use a crystal that forms in the monoclinic system like Jade. These Guardian crystals have an internal structure that is composed of parallelograms. The parallel structure of their crystalline lattice gives these crystals their power to protect us in the physical world and in the spiritual one. The Guardian talismans do not reveal their inner strength. These stones rarely, if ever, form transparent crystals. Rather, they hide their strength behind an opaque mask, obscuring the power they possess.

In the physical world they are excellent aids in protecting your loved ones, your possessions, and your physical security. They are very useful in protecting houses and homes, property, and valuables.

In the spiritual world, the Guardian crystals have several special uses. They first serve to guard your beliefs against doubt. Everyone at some point begins to doubt some of his or her most cherished beliefs.

Green Jade is an ancient talisman of protection and luck. This cabochon makes an excellent “lucky stone” to protect you against ill fortune. Keep it in your pocket.

Healing: Jade is a mineral called Nephrite which is named for the greek word nephros – the kidney due to its efficacy in treating disorders of the kidney. It was known to early Spanish explorers as “Stone of the Loins” (There is another mineral, Jadeite, which is also called Jade. It is extremely rare and valuable.)

Zodiac: Jade has long been associated with Taurus. Taurus is the second astrological sign in the Zodiac, originating from the constellation of Taurus. In western astrology, this sign is no longer aligned with the constellation as a result of the precession of the equinoxes. In astrology, Taurus is considered a “feminine”, negative (introvert) sign. It is also considered an earth sign and one of the four fixed signs. Taurus is ruled by the planet Venus (which also rules Libra). Being the second sign of the zodiac, Taurus has been associated with the astrological second house.

Wood energy is vital to your well being It is associated with family, ancestors, and community. Use this Jade in the East area of a room or home if you want to keep Qui, the Universal Life Force flowing properly there.

Jade will enhance energy flow aiding your efforts that are devoted to enhancing family and community.

Other Information: Robert Simmons reports in The Book of Stones, that green Jade is a stone of the heart. it fosters a joy in the natural world and should be carried to remind you of the joys of nature. Naisha in the same book reports that green Jade will facilitate the flow of money, fertility, and abundance into your life.. Marguerite Elsbeth in Crystal Medicine reports Jade was a magical stone of the Xiuhtecuhtli, the Aztec God of Fire and a prized healing tool of ancient Egyptians. 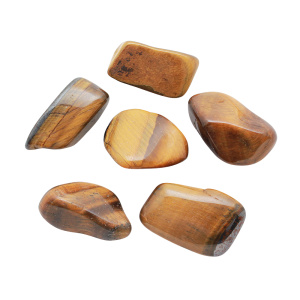