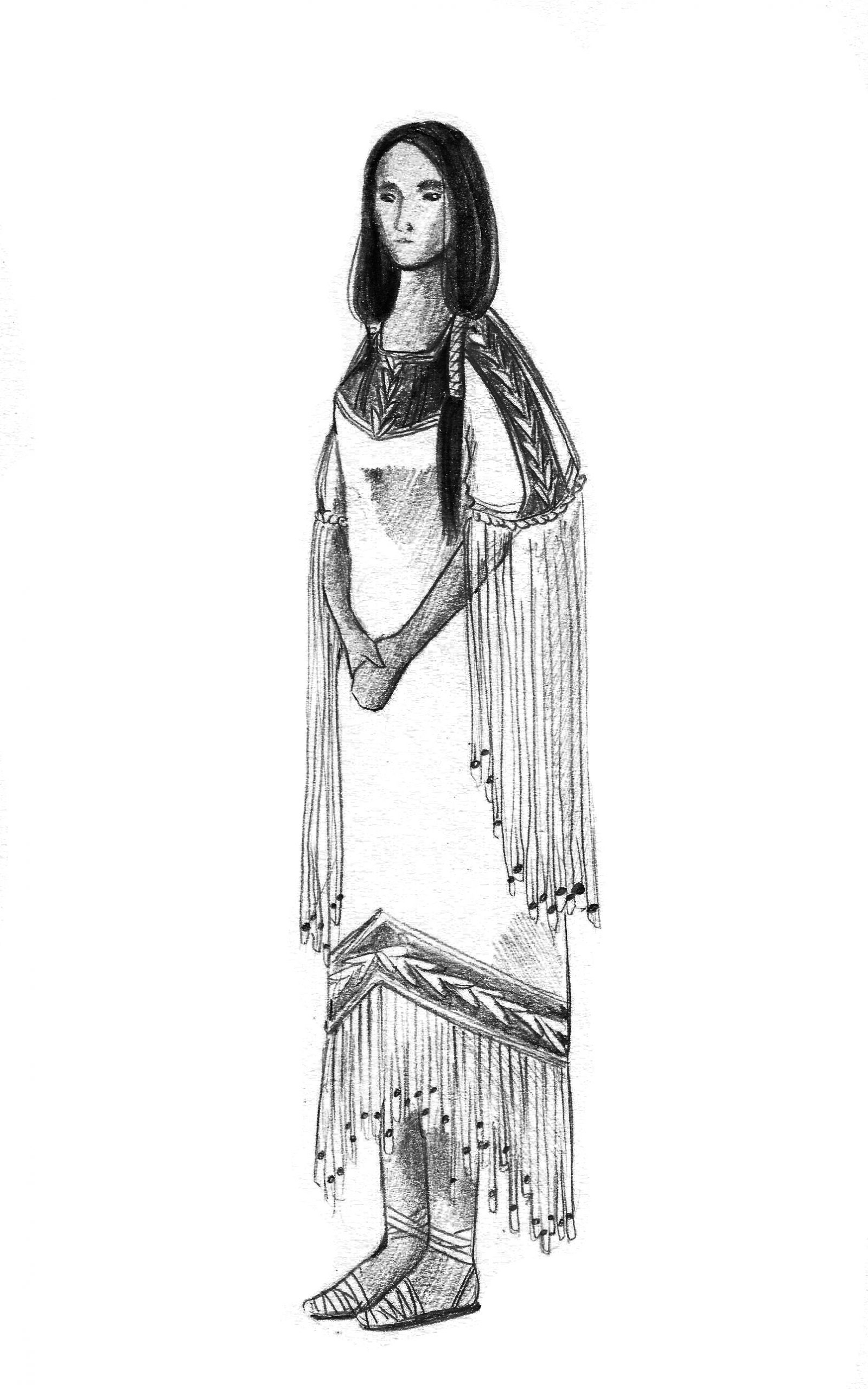 Shop for Turquoise to honor Estsanatlehi

Estsanatlehi is the Apache and Navajo name for the Great Goddess known as the Changing Woman or Turquoise Woman. She is the wife of Tsohanoai, the sun, and the sister of Yolkai Estsan, the wife of the moon. Her name means “self-renewing one.” This is because she’s able to make herself young whenever she begins to age. Whenever she grows old, she walks towards the east until she sees her younger self coming. She then becomes her younger self again.

Her story begins when Atse Estsan (First Woman in the Apache creation story) discovered Estsanatlehi near, or on, a mountain. It is told that she was fed on pollen and grew to womanhood in 18 days. When Estsanatlehi was older, the stories tell that she met a young man and every day she went to make love with him in the woods. One day her parents (FIrst Man and First Woman) went to look for her and only found one set of footprints. From this they understood that their daughter had taken the sun for a lover. They were very proud.

Estsanatlehi lives in a floating house on the “western waters” where she lives alone and where the Sun visits her each evening. She remains the sun’s lover forever and he goes to her each night.

There are various stories of how she founded the people of the earth. In one of them it is told that one day she grew very lonely so she created some companions for herself from pieces of her skin to keep her company. These people then became ancestors of the Native Americans. In another, she brushed the dust off her breast and made a meal from it. She placed the shaped meal beneath a blanket. In a few days, two humans arose from the blanket and when grown became the ancestors of all the Navajo people.

Estsanatlehi represents the changing of the seasons of the earth and the resulting changes in the lives of the people who life here. She often depicted as an attractive Native American young women. Her dress changes colors as the seasons change.

I found a good summary of the Navajo creation story here. It is interesting reading and helped me understand a little of the Native American culture.

Shop for Turquoise to honor Estsanatlehi